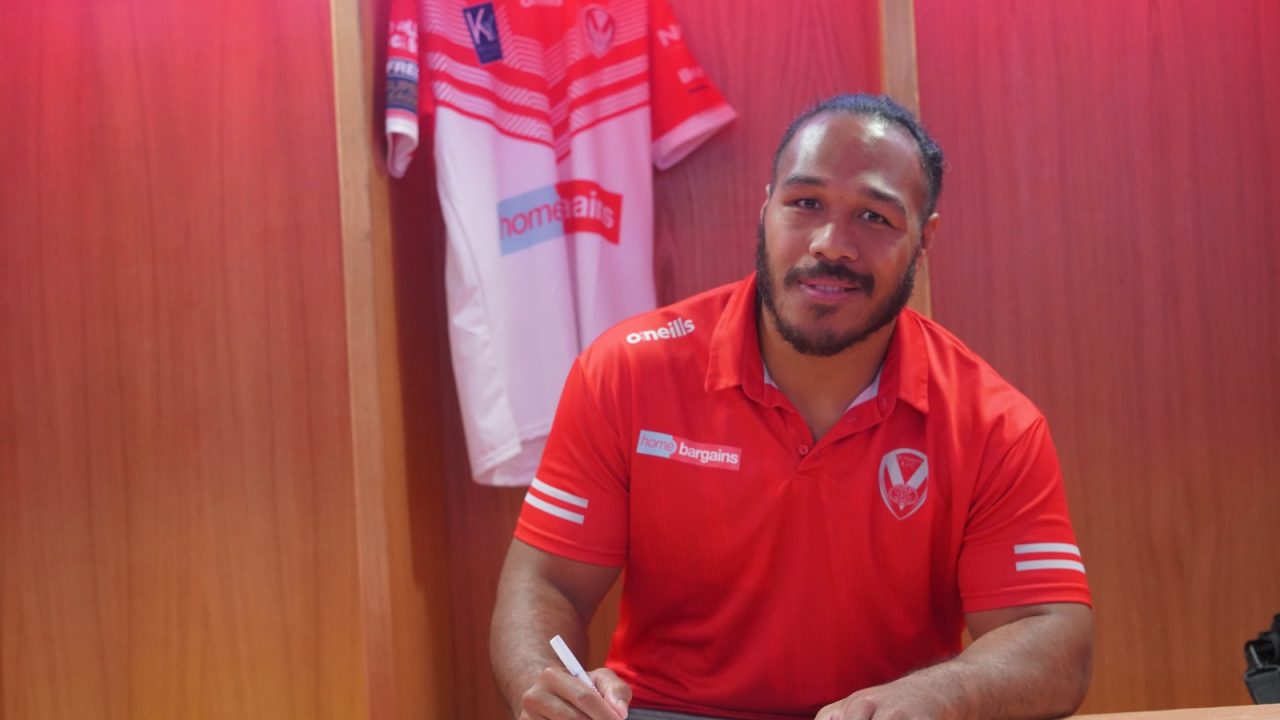 Hear from Agnatius Paasi after our Tongan prop forward signed a new two year deal at the Club earlier today which will keep him with us until at least the 2025 season!

Paasi put pen to paper on his new deal  after an impressive season in the Red Vee and we sat down with Iggy to talk all about his new deal, the past few years and the future.

Hear from him in full above…

Powerhouse Tongan Agnatius Paasi will be with the Saints into the 2025 season after signing a new and extended deal! ✍️#COYS