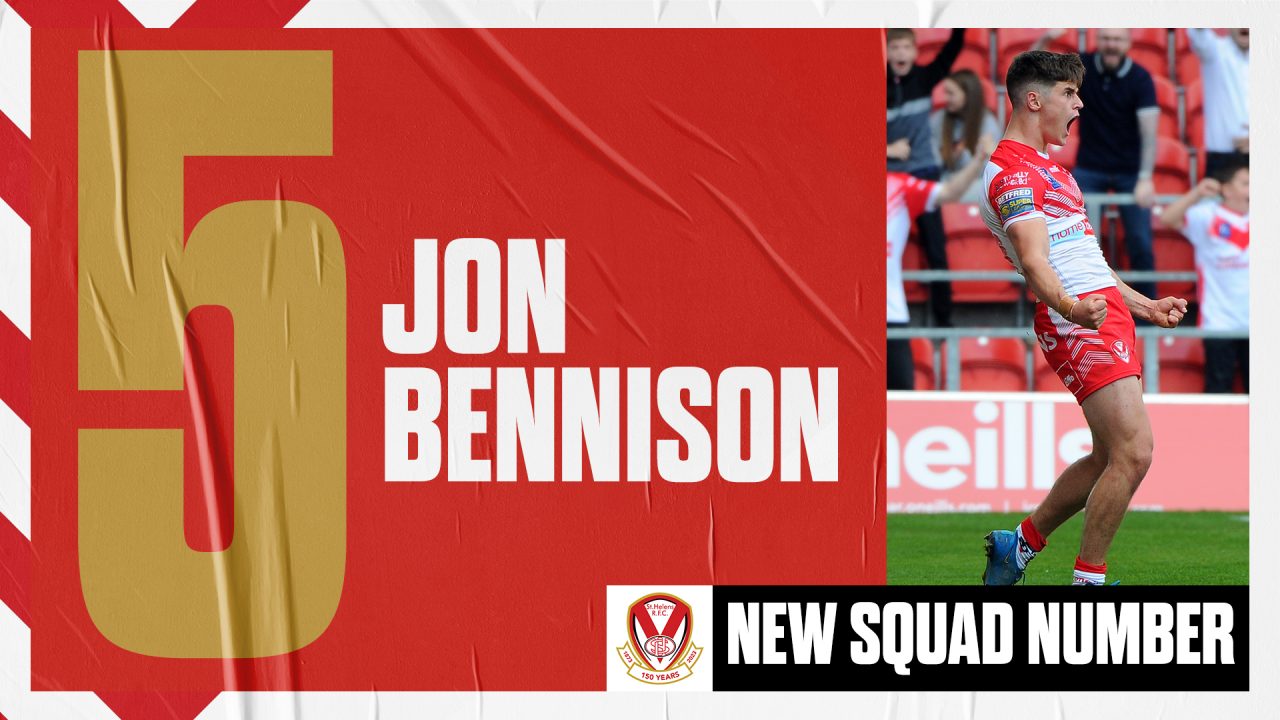 Following a breakout season for one of our newest stars, Jon Bennison has been moved up from Squad number 27 to the famous number 5 for the coming season.

The change comes after a brilliant season for the young Saint who took his opportunities with both hands in 2022.

Jon’s debut came in 2021, against the Salford Red Devils in a try-scoring performance from the fullback position. An assured display already from the young outside back, the groundwork was already there.

An injury crisis hit the squad in 2022, and with injuries across the backline, and Jon stepped up.

Playing on the wing against Leeds in only his second Saints appearance, he was outstanding, picking up an assist in one of the tries of the season as we nilled the Rhinos away from home.

More stellar performances followed with a try-saving tackle and an assist against the Wigan Warriors at home, and an eye-catching try away at Huddersfield on Easter Monday.

Unfortunately for Jon, he picked up a fractured cheekbone against Castleford, and despite playing on through the injury in the game, it led to him missing a month and a half of the season.

A return to fitness saw a return to the team as he cemented himself into Kristian Woolf’s plans for the remainder of the season, playing a vital role in what became our fourth title-winning season in a row, as he picked up a try in both the Super League Semi-Final, and Grand Final.

He joins an illustrious list of names to wear the number five on the back of their shirt, with Anthony Sullivan, Darren Albert, Francis Meli, and Adam Swift all donning the number before Regan Grace took it on in 2019.

Our full list of squad numbers is coming soon…