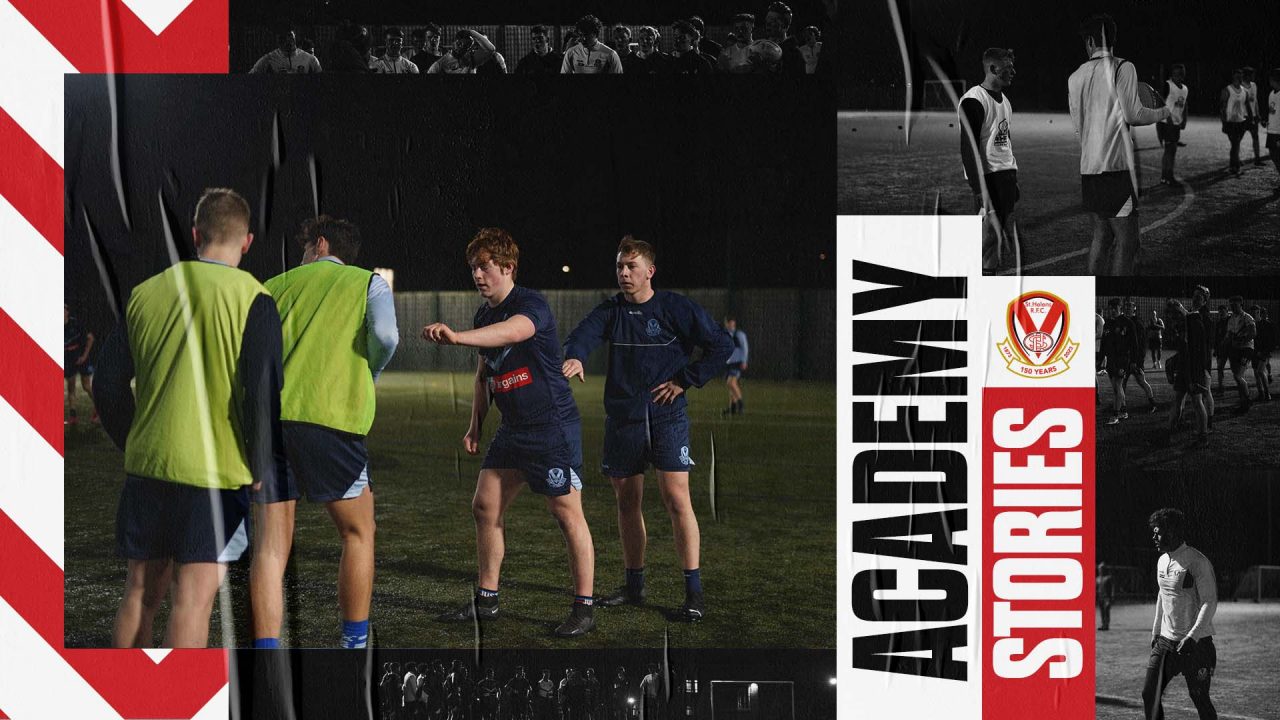 In the first feature since the Academy, Reserves, and Scholars returned to training, we caught up with Head of Academy Derek Traynor. He spoke about the return to training and how professional all the players have been since being away on their Winter break.

We also caught up with Academy prospect Leon Cowen, a Warrington-born prop forward who played for Crossfield’s. He spoke to us about the disappointment of being let go from his hometown club and how that affected him, only for him to get a second chance with Saints and how thankful he is for the opportunity.

Fellow Academy player, Ciaran Nolan on the other hand came through the more traditional route, starting with us in the scholars and progressing through the pathways into the academy set-up. However, with Covid-19, his scholarship experience was vastly different to the typical cohort.

Finally, Brett Bailey. After starting out at six years old with the Halton Hornets, he then decided to take up Rugby Union. He had the desire to play an open-age game with his brother and this brought him back to Rugby League. He was offered a trial at Saints and has never looked back.

Enjoy the feature in full above.