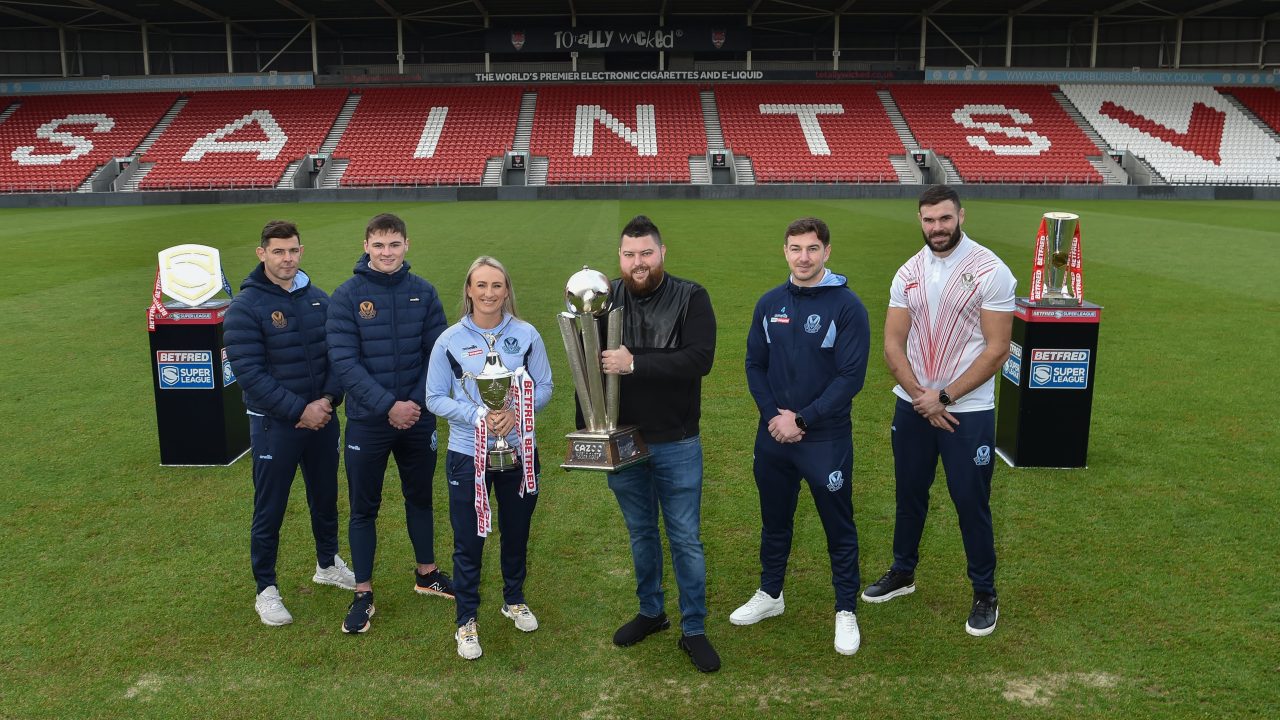 World No. 1 Michael Smith achieved another dream as he returned home to his beloved Saints following his win in the World Darts Championship final to put his Sid Waddell trophy alongside the Saints major honours!

The 32-year-old from St Helens is a huge fan of the Saints and after beating Michael van Gerwen 7-4 in the World Championship final at Alexandra Palace, ‘Bully Boy’ returned to his roots to bring the trophy back to his beloved club and Super League champions for a very special photo.

Michael’s wish to unite the World Darts and Super League trophies came true as he was joined on the pitch by Saints’ Head Coach Paul Wellens along with players Jack Welsby, Mark Percival, Alex Walmsley and Jodie Cunningham who also brought the Women’s Challenge Cup to make it a trophy treble.

Hear from the champ above!

🏆 Newly crowned World Darts Champion Michael Smith wants @Saints1890 to bring the World Club Challenge trophy back to the UK next month for another celebration in the town… pic.twitter.com/4yK741GMmY