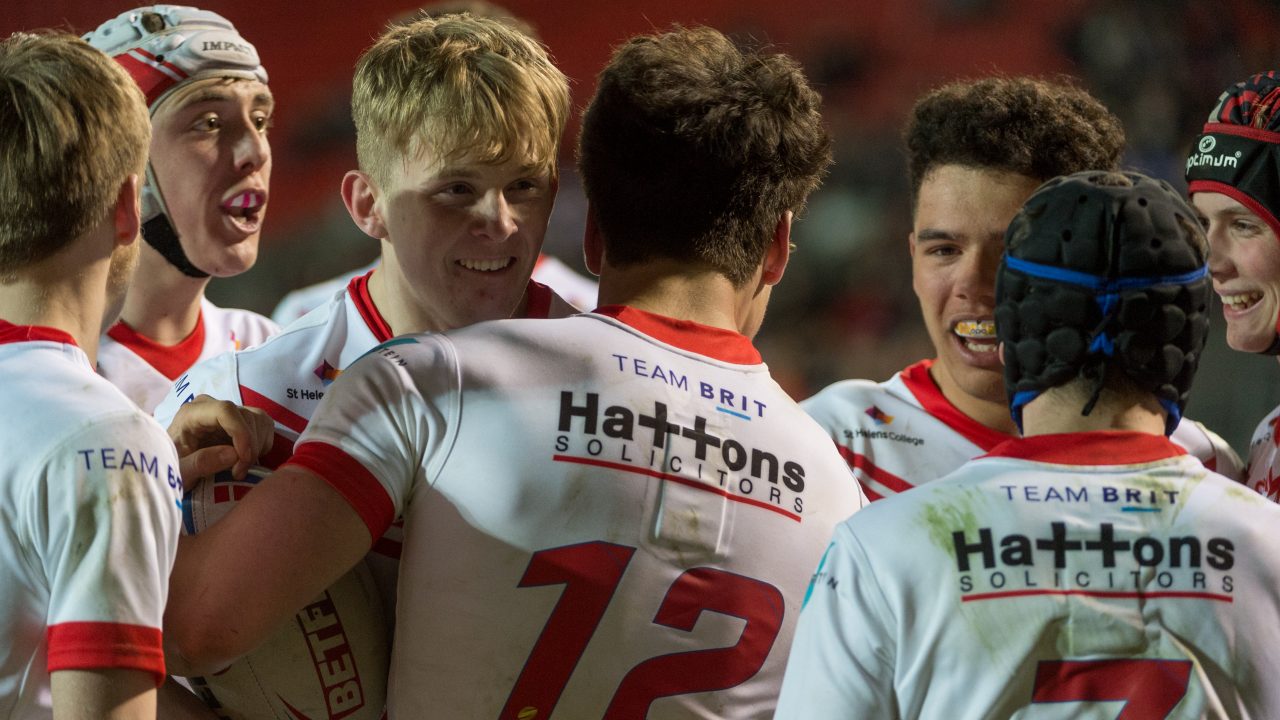 The hosts took the lead in the 7th minute through Alex Sutton after the Saints had defended two full sets in their own 20, but from the restart Saints pressed with Cole Appleby being held over the line on the fifth tackle.

At the other end Pemberton was held over the line and denied the score before Saints were put under pressure but again the defensive line held out with Appleby and Reece Sumner combining to dislodge the ball in a crunching tackle.

This proved a turning point as Sumner carried the ball well into the opposition half and on the last Dan Ganson put in a neat grubber. His half back partner Daniel Moss attacked the ball and distracting the full back allowing Ganson to follow up his own kick tipping the ball on and regathering to go under the posts.

Saints were not to be denied and took the lead with 2 minutes to go to the interval. Two penalties gave Saints repeat sets on the host’s line and from the third set the ball was moved left for Sumner to power his way over. Pemberton missed with the tricky kick but the Saints were 10 – 6 up.

From the restart, Saints were on top and created a number of scoring opportunities, but unfortunately did not take them.

In the space of two minutes Appleby had two tries under the sticks chalked off, before the hosts went straight down the other end and took the lead with a try down their left side, before they increased it with another try from the restart.

A repeat set in the host’s 10 metre area was finally finished off under the posts by Appleby. Pemberton’s goal levelled matters.

With three minutes left and the Saints pressing the line Dan Ganson stepped back to slot over the match winner on the last tackle only to injure himself in the process.

With Saints rearranging personnel the hosts went down field but instead of setting up for the drop goal they went for a try down the left but Moss’s tackle saved the day.

Saints then forced a knock-on at the other end on the 30 metre line and three tackles later Pemberton lined up and kicked a drop goal which, on its way to the posts, was tipped up into the air by a Wigan player, only to drop onto the bar and bounce over the right side.

With only 30 seconds left there was just enough time for Moss to take the short restart and wait for the whistle as Saints triumphed.