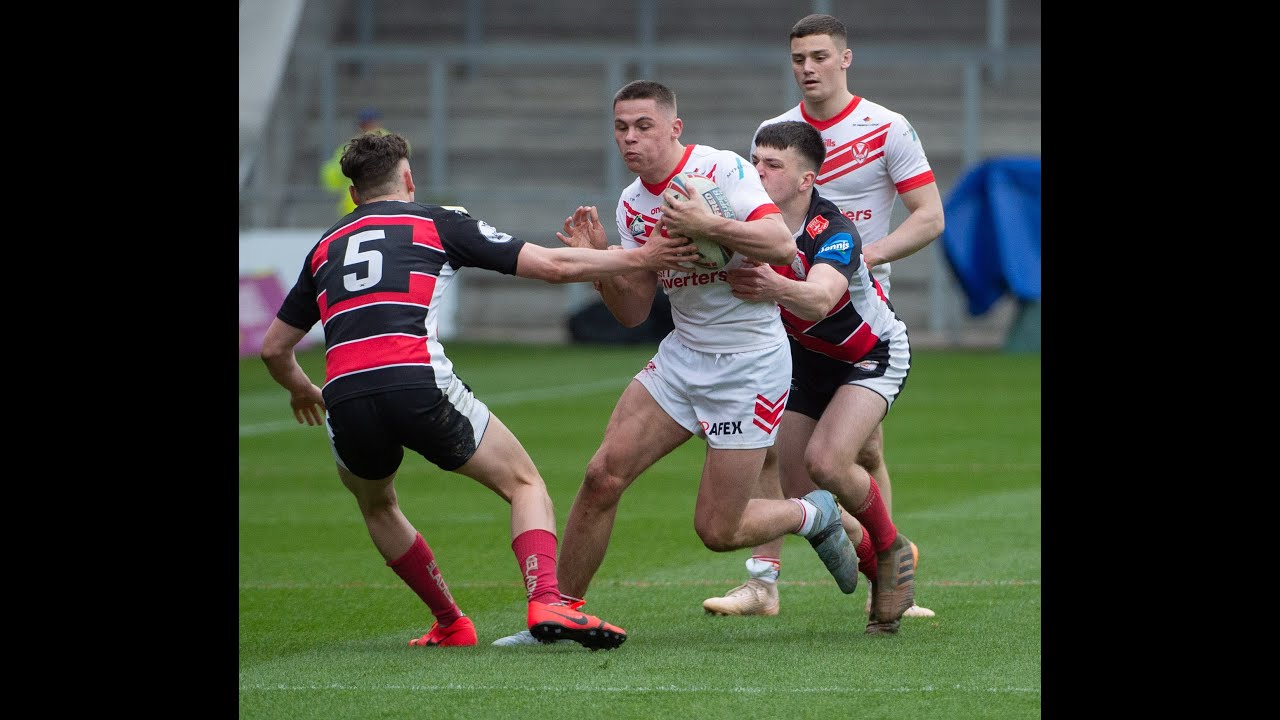 Two tries in the first eight minutes were a sign of things to come. John Hutchings opened the account for the Saints diving over in the left corner after Josh Simm had earnt a penalty.

A drive from Simm and one from Sam Royle put the Saints on the front foot allowing Matty Foster to burst through the defensive line before feeding Nico Rizzelli in support inside to score by the posts.

From the restart Lewis Dodd was denied a try when knocking on under the posts before a penalty resulted in a first and only try for the visitors.

Saints responded instantly as Josh Simm took advantage of a ball steal to touch down for his first of the night.

Rizzelli and Tom Nisbett both had tries disallowed for forward passes and in between Josh Simm had gone 90 metres for his second and Hutching’s had repeated his dive in the corner for his brace.

Five Dodd goals made it 30–6 at the break before Saints ran riot in the second half.

Straight from the kick off Dodd broke down the left finding Matty Foster who finished it off to signal the end to any lingering Hull hopes.

Lewis Baxter scored with his first touch of the game off the bench going the final 30 metres after Welsby had weaved his way around the cover on the right side.

Royle and Brooks had two great drives with the ball which resulted in Welsby given the chance to put Nisbett in at the corner. From the kick-off he scored his second again from a Welsby cut-out pass after Hutchings had broken the line.

The tries were coming thick and fast now and Simm completed his hat-trick taking a difficult high ball from Welsby to streak away from the cover over 50 metres and Hutchings completed his version diving in at the corner.

Sam Royle then burst through on half way before selling an outrageous dummy to the full back to cruise under the posts.

With 10 minutes to go Welsby gave the ball to Simm 70 metres out and he scored his fourth of the game before the final try from captain Royle on the final whistle again came courtesy of Welsby this time from a break from the elusive full back.

Dodd unfortunately missed with the last kick of the game as we fell just short of 80 points, but it was another impressive Saints win.