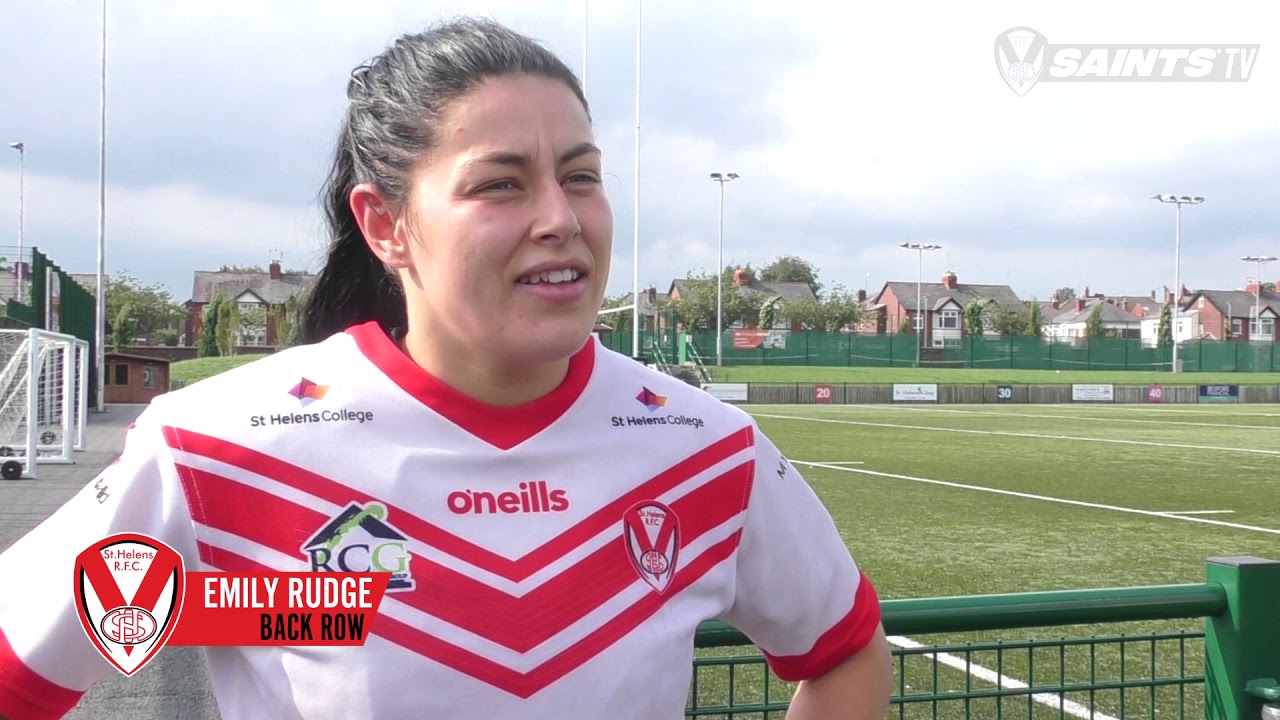 Saints opened the scoring with the first set of the game. After consecutive breaks, the ball was thrown left to Rhianna Burke and she powered her way over in the left corner. Faye Gaskin’s conversion went wide.

Five minutes later, Saints had their second. Trinity knocked the ball on, on their own 20 metre line and Saints took full advantage. Beth Stott flying through a gap before forcing her way over the try-line. Gaskin’s conversion went wide.

Saints added a third try in the 16th minute, Katie-May Williams forcing her way over from close range, Gaskin converting to make it 14-0 as we approached the mid-point of the first half.

We added our fourth try of the game 15 minutes before the break. Emily Rudge with some nice feet as she avoided some Trinity tackle attempts to score under the sticks. Gaskin added the extras.

Vicky Whitfield added Saints’ fifth try just before the break with Gaskin converting and Saints then scored again a few minutes into the second half as Gaskin made a break before finding Rudge, who walked over for her second. Gaskin added the conversion for 32-0.

Tara Jones then pinched a try from dummy half for the Saints, before Rudge completed her hat-trick, stepping the Wakefield full back after a pass by Gaskin. Gaskin converted both tries to increase our lead to 44-0.

The Saints then got another. We overloaded the right-hand side and Zoe Harris found Eboni Partington, who scored in the right corner. Gaskin’s conversion went wide.

Saints picked up their tenth try on the hour mark, Rudge scoring her fourth of the game after a flowing move from right to left. Gaskin converted to make it 54-0. It wasn’t long before the Saints got their 11th try of the game, Chantelle Crowl going over from close range after a Trinity error, Gaskin again adding the extra two points.