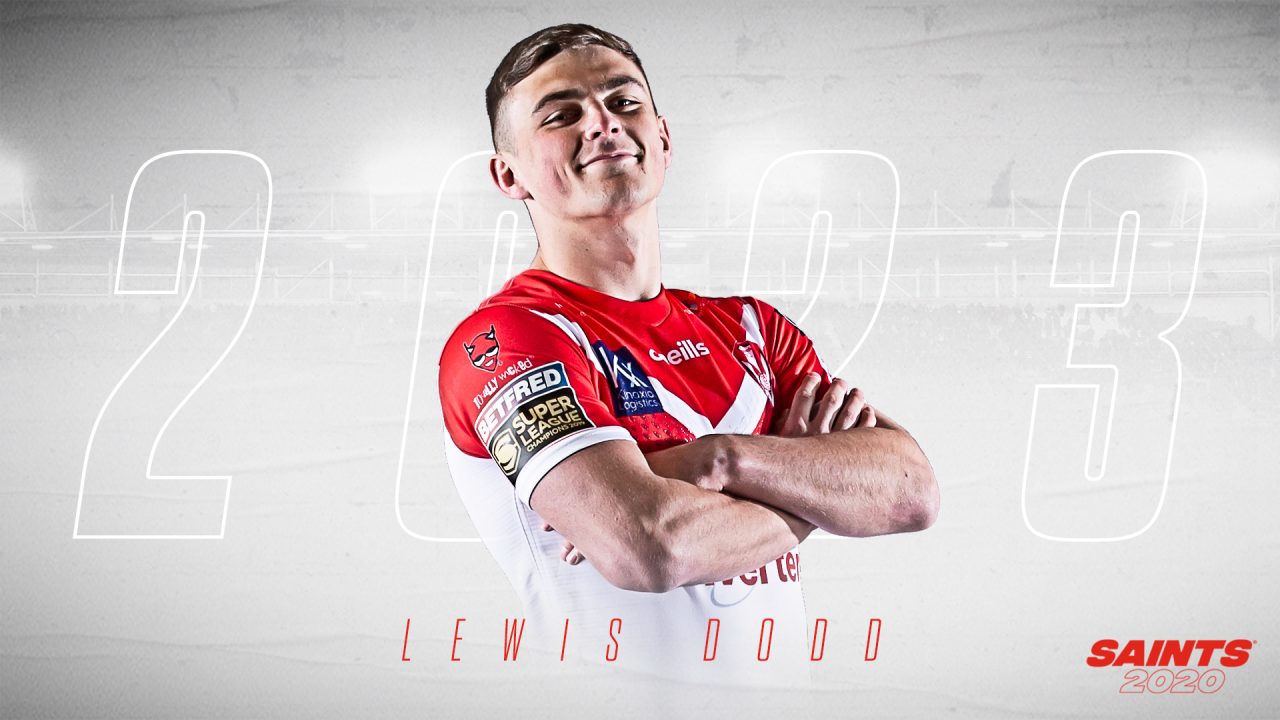 Free
Academy, Off the Pitch

St.Helens R.F.C is delighted to announce that exciting half back Lewis Dodd has signed a four year deal with the club, which will keep him at the Saints until 2023.

The 18 year old half back joined the Saints’ Academy from Halton Hornets in 2017 and quickly made his mark in the Scholarship system scoring 5 tries in 9 games before a year later he improved again scoring 8 times in just 7 games.

During the 2019 season, Dodd broke through as a real potential star, leading the Academy to the Grand Final, whilst scoring 21 times in 25 matches and scoring 116 goals during the process.

His impressive form saw him called up to the England Academy squad and he is also training regularly with the first team under Head Coach Kristian Woolf after receiving a squad number for the 2020 campaign.

This season, Dodd made his first team debut in the second half of the 36-6 win over London Broncos for LMS’ testimonial match, which saw him kick his first Saints points with two successful conversions.

The young half back has continued that form into the start of the Reserves’ season, scoring five times in the opening two games and he will hope to make his competitive first team debut as the 2020 season progresses.

On signing a four year deal, Dodd said: “As a young kid, my dream was and still is to play Super League and to sign for a club like St.Helens is an ‘over the moon’ type feeling, so I am really pleased.

“This club has shown a lot of belief in me and I want to thank my mum and dad and Derek Traynor, my Academy coach who have helped me mature as a player. Reserve grade rugby is the next step for me and hopefully I can do well in that and further my game to help me play first team rugby.

“If I get my chance in the first team, you have to grab it with both hands and that is what I will be looking to do.”

Head Coach Kristian Woolf said: “Doddy is a fantastic talent. He had a great season in the Academy last year and has already impressed in the Reserves in 2020.

“He is training with the first team squad and is learning from the best in Jonny Lomax and Theo Fages week in week out. He is only 18 so has lots to learn but if he works hard there is no doubting his talent and we are confident he can have a hugely successful Saints career.”

Chairman Eamonn McManus said: “It’s great news that Lewis has committed to us with a long term deal.

“He’s one of the most exciting young talents in the game and has an excellent attitude. We are all very much looking forward to seeing him develop in the years ahead.”