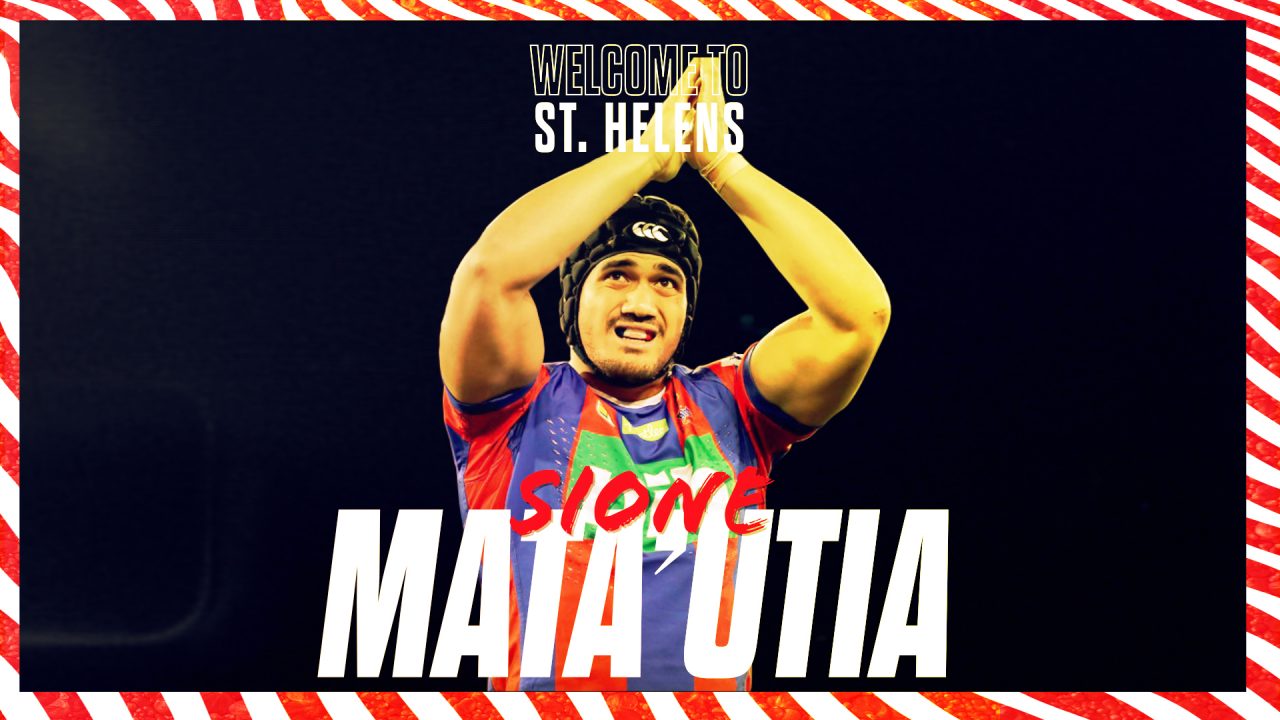 CONFIRMED: Sione is a Saint!

St.Helens R.F.C. can now confirm a deal has been struck with Sione Mata’utia who has signed a two year deal, with the option of a third, after his release from Newcastle Knights.

The 24-year-old backrower made his NRL debut for the Knights in 2014 and later that year became the youngest player to ever represent Australia, at just 18 years of age and 129 days – eclipsing Israel Folau’s record by 65 days. He went on to play three tests for the Kangaroos and another for Samoa. Sione has also represented the NRL All Stars.

Mata’utia, who is the younger brother of Castleford Tigers’ Peter as well as NRL players Chanel and Pat Mata’utia, captained the Knights at just 20 years of age old, on his way to amassing a total of 124 NRL appearances, scoring 31 tries.

The powerful Australian, who can play in a number of positions, including second row, loose forward and centre, played seven seasons with the Knights and helped them reach the finals in 2020.

On signing for Saints, Mata’utia said: “I am really excited. I have been at the Knights since I was a junior so it was hard to leave, but it is an exciting move. I have heard nothing but good things about Saints from my brother and if I was moving to England it was definitely to Saints.

“I love the pressure of always trying to be the best and at the top is what excites me. People expect Saints to be at the top and I can’t wait to be a part of it.

“I have known Kristian Woolf for a long time since he coached me at the Knights and I have got along with him really well. He is an honest man and that is what I like about him and his coaching. Firm feedback is what takes my footy to the next level and I am looking forward to working with him.”

Head Coach Kristian Woolf said: “Sione is a terrific person and I know that because I have coached him. He is a real good trainer and professional in regard to how he goes about his work. He is a good player and we see him as a bloke who can come in and play in the forwards for us and give us some real speed around the ruck as he has a good skill set.

“He can also play on an edge and offer us some ‘punch’ out there. He is a real strong defender too and he ticks a lot of boxes for us on and off the field. He will work really hard and want to make an impact on the side and he is going to fit into the group really well.”

Mata’utia follows the signings of Joel Thompson and Agnatius Paasi as Kristian Woolf bolsters his squad ahead of the 2021 season.