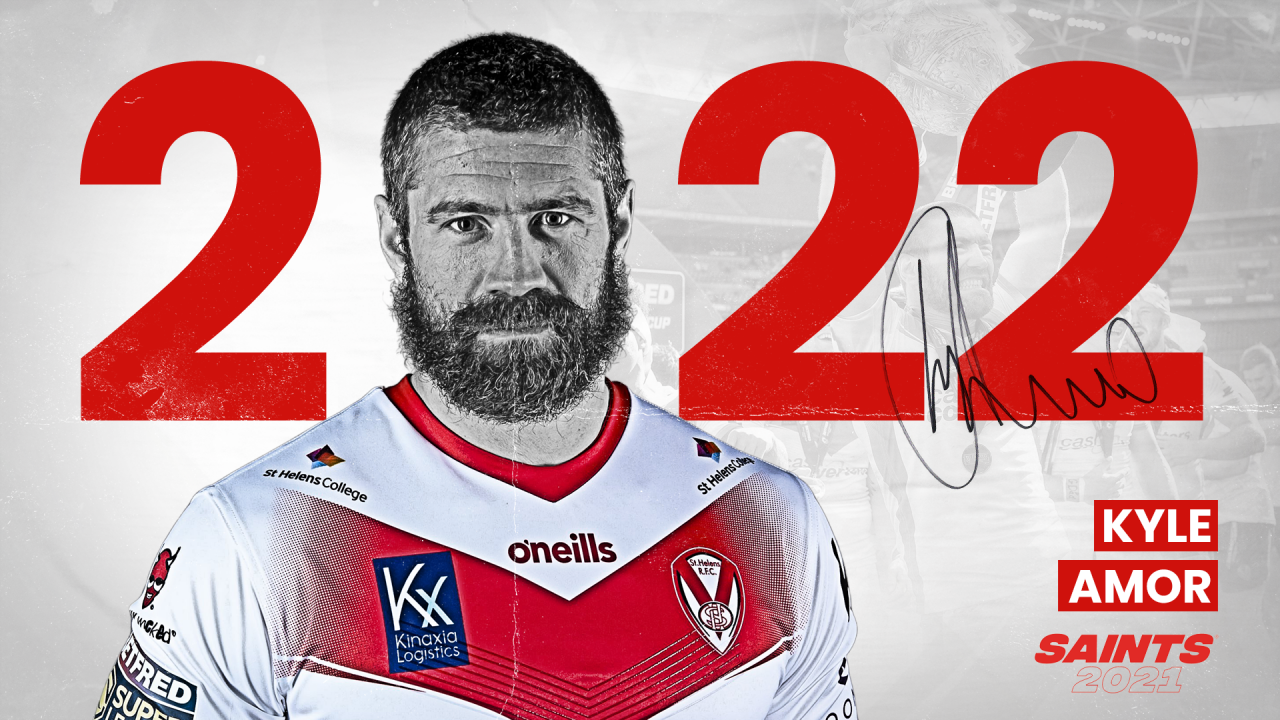 Experienced prop Kyle Amor has signed a 12-month contract extension at the Saints which will keep him at the Club until the end of the 2022 season.

Amor signed from Wakefield Trinity in 2013 and has gone on to make an impressive 206 appearances for the Club, including scoring 20 tries.

And the 34-year-old has joined Louie McCarthy-Scarsbrook in signing a short-term deal which will keep him in a St.Helens shirt until the end of the 2022 season.

Fresh from signing his extension, Amor said: “I am over the moon to go around again at this great Club. It is a Club that means an awful lot to me and it has done since the day I walked into the building back in 2013, so to stay on again is a massive plus for myself.

“We have an exciting time ahead, with a lot of our older players coming to the twilight of their careers and the exciting youth coming through. It is a real good place to be at the minute.”

Head Coach Kristian Woolf added: “Over the last two years, Kyle has proven to be a valuable member of the team both on and off the field. This year he and Louie [McCarthy-Scarsbrook] have really held their hands up when we were losing some bodies through injury, in-particular in our Challenge Cup run.

“Kyle has taken on a lot of responsibility and played a lot of minutes for us this season and he has really proven that he can play that role where needed and when it is a shorter minute role, he can also come on with his experience and give us a steady head in tough periods.

“He has a great work ethic and has worked hard in the pre-season to put himself in a position to be in the team and those sorts of attributes make him valuable to us, whilst he also has a real good personality in and around the group.”

Amor played 19 times for the club in 2014 before a knee injury curtailed his great form, he returned towards the back end of the campaign and was superb in Saints run to Grand Final victory.

The last few seasons has seen Amor make an important impact off the bench for the Saints scoring some important tries along the way, including one at Wembley in the Betfred Challenge Cup Final and he will look to pass on his experience to the younger forwards in 2022.