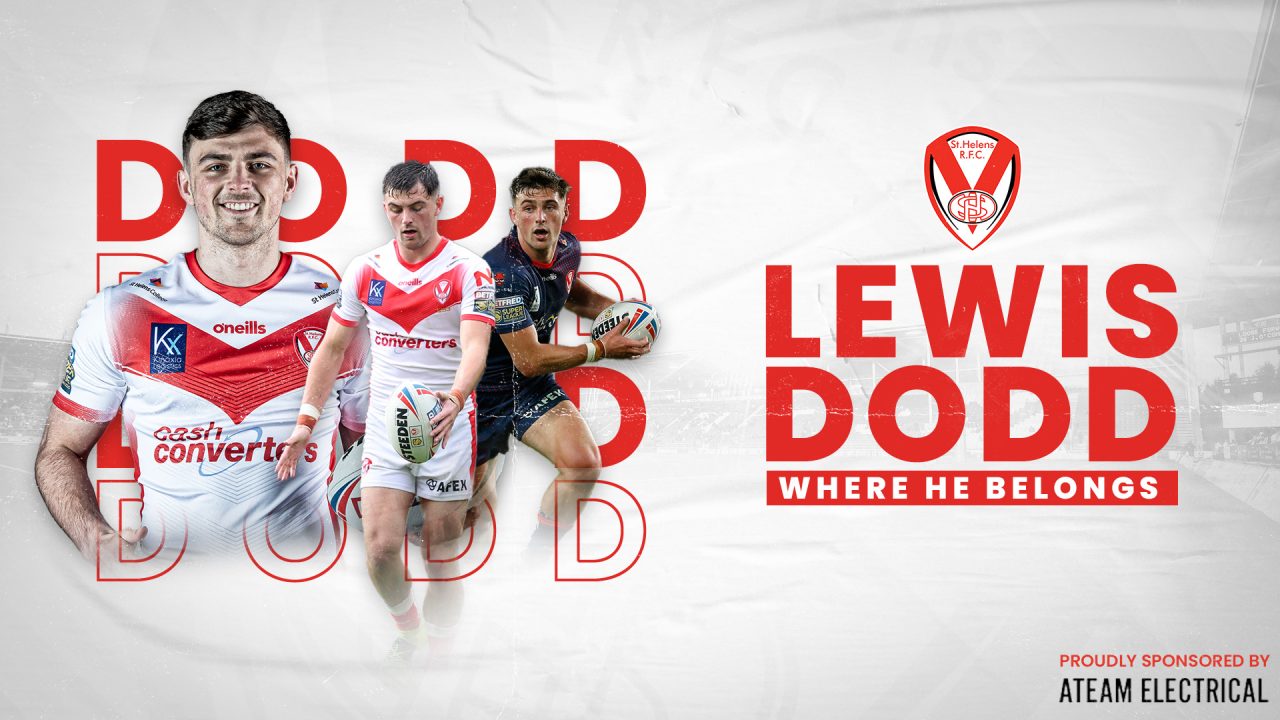 Where He Belongs – Lewis Dodd

What a year it was for lewis dodd in 2021, as our new number seven picked up five tries and seven assists, and went on to pick up our young player of the year award for a stellar campaign.

Lewis started the year on the interchanges bench coming on at hooker, a position that wasn’t familiar, but one that forced more defensive work on him, rounding our his game.

Following an injury to Theo Fages in the Challenge Cup final, Lewis was given his run at scrum-half and took his chance with both hands.

The game against Warrington was one that stands out as one of his best in the season, scoring a try, and dictating the play. A sign of things to come as he continued his fine form for the rest of the season, being rewarded with the move up into the number seven shirt for 2022.