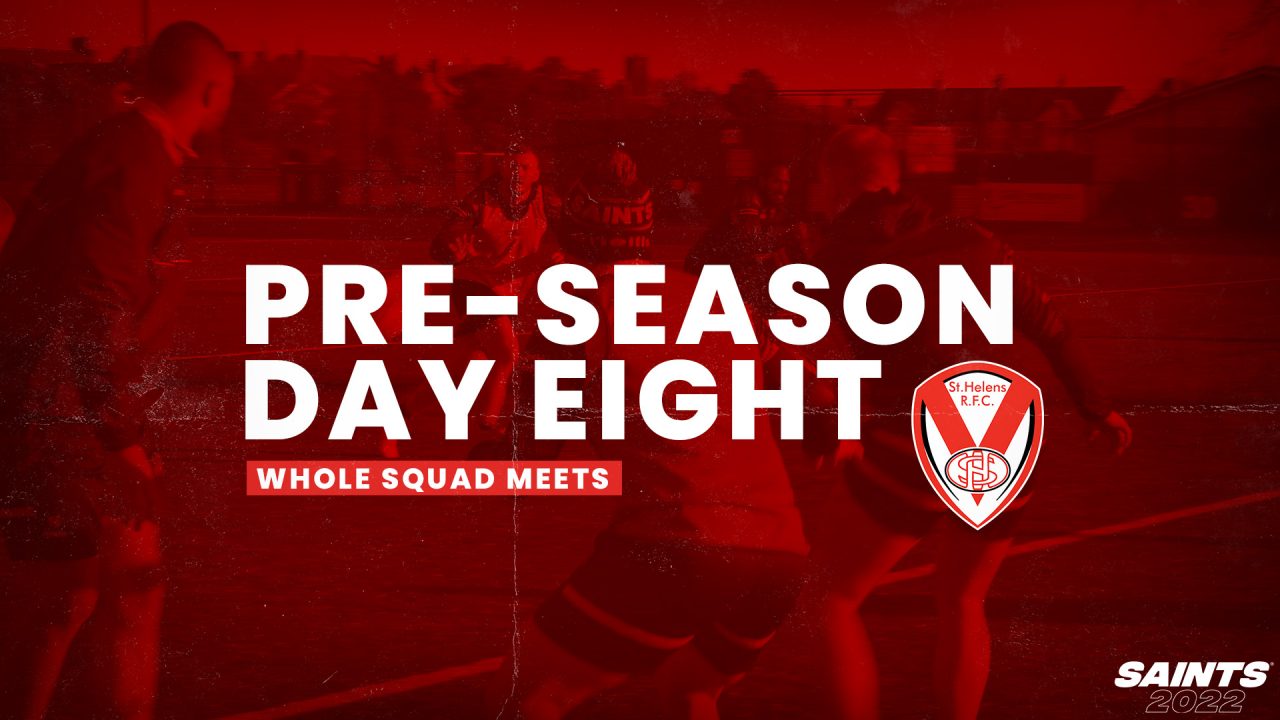 The whole squad returned to pre-season training this week after the senior players who represented England joined up with the group.

The majority of our double winning Saints squad have been training for the past eight days and we have been there to capture their return!

Our new signings for 2022 took part in their first training session as Saints players over a week ago now and we also heard from Head Coach Kristian Woolf about the squad’s fitness.

The likes of Alex Walmsley, Jonny Lomax and Tommy Makinson, represented England in their win over France in the off-season and were given extra time to recover.

But now the whole squad have returned to training as we prepare to defend our Super League and Challenge Cup crowns in 2022!