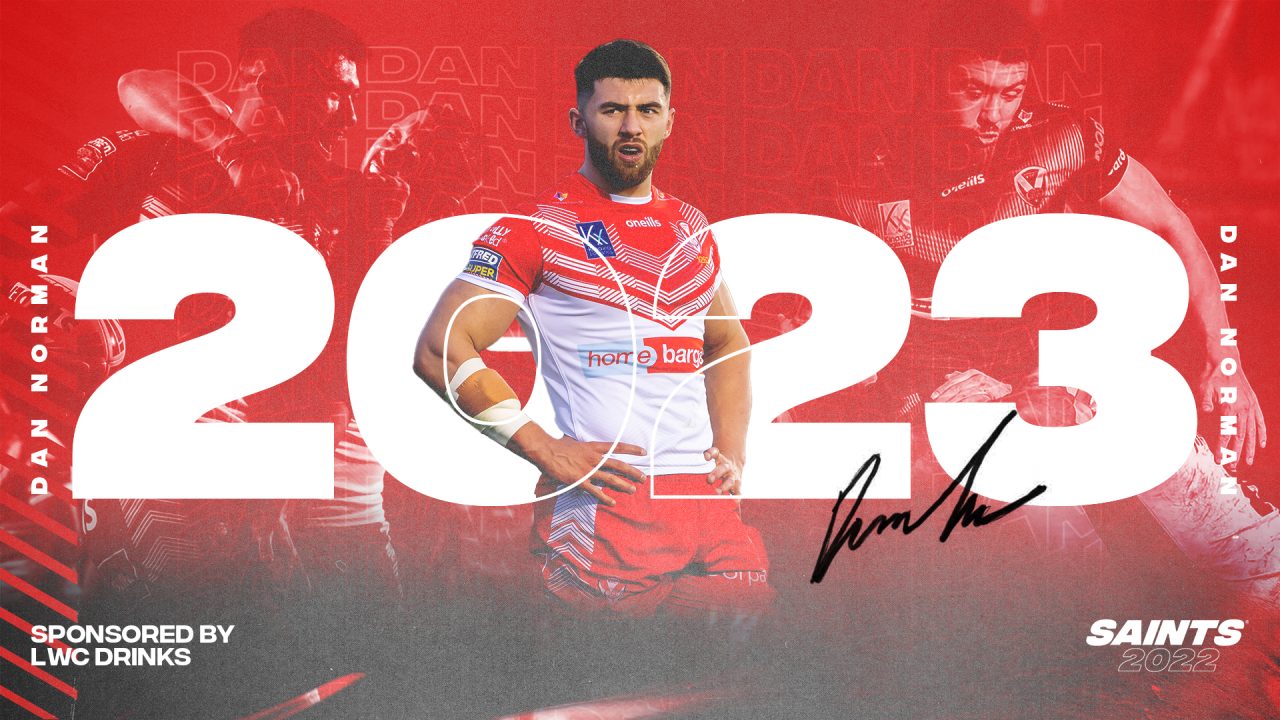 Promising prop forward Dan Norman has extended his Saints stay by a further year which will keep him at the Club into the 2023 season.

Norman, aged 24, made his debut in 2021, but it is this season where he has impressed, scoring four times in just eight appearances.

The 6ft-5in, 113kg prop was born in Warrington, but joined London Broncos ahead of the 2020 campaign from Widnes Vikings, where he made 19 appearances, including appearing at Wembley as the Vikings suffered defeat in the 1895 Cup Final at the hands of Sheffield.

An England representative at youth level, Norman made his Super League debut in 2018 against Salford Red Devils before Widnes were relegated.

On signing a 12-month extension, Norman said: “I am made up to be staying. It’s such a good Club and it is where I want to be. All the lads, the staff and the fans are great and I am looking forward to the future.

“I have enjoyed getting some more game time this season and luckily, I have been in the right place at the right time to get over for a few tries! This is the place for me to be for my development and I am learning a lot from the experienced pack members.”

Head Coach Kristian Woolf said: “This is a great reward for the effort Dan has put in with us. We identified him as a big athletic body and he came to us quite raw, but he has developed really well over the last year.

“He has a great work ethic and is a great person. Everyone has seen his improvement and has had a big impact. The game against Leeds Rhinos was a good example of that. This season he is holding his hand up and has really put himself in the picture.”