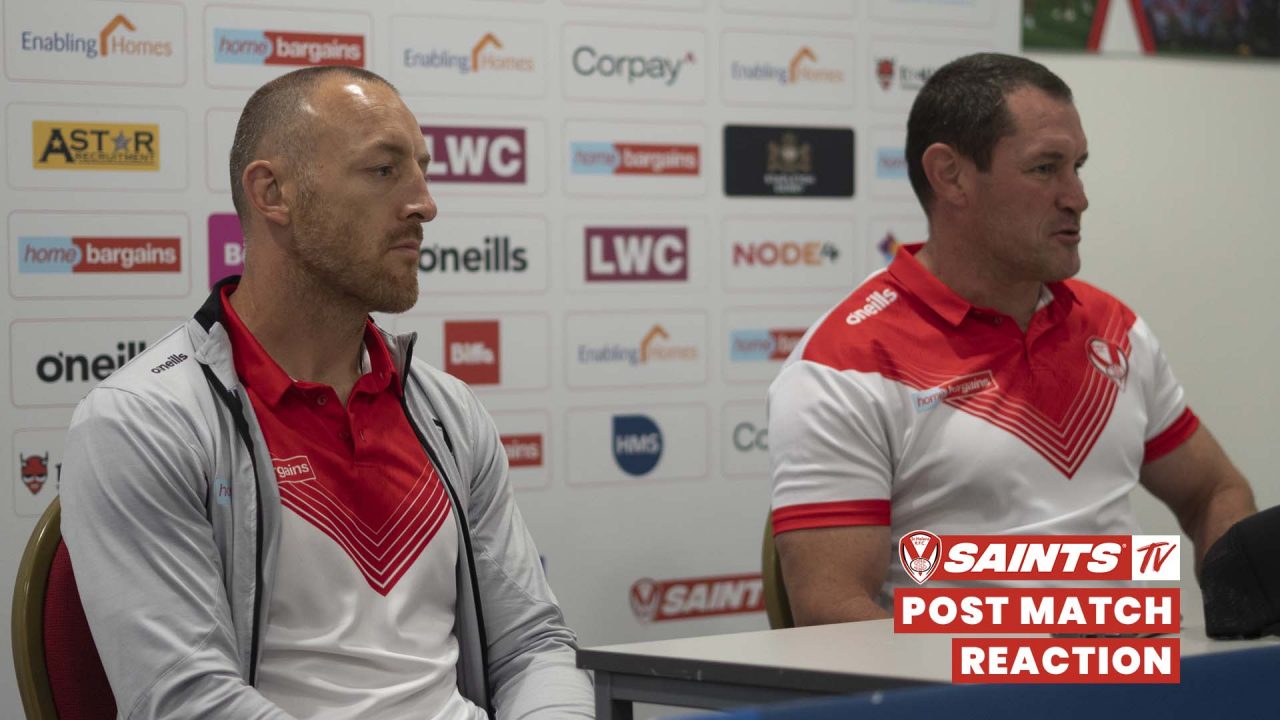 Woolf and Roby on young Saints and League Leaders

Kristian Woolf was joined by Captain James Roby as they both spoke to the media following our young Saints defeat to Wakefield which resulted in us securing the League Leaders’ Shield.

A young Saints lost out on the night, but results elsewhere meant Saints were confirmed as the 2022 League Leaders.

Post match, Kristian Woolf was joined by his Captain to reflect on the game, the youngsters performance and clinching top spot.