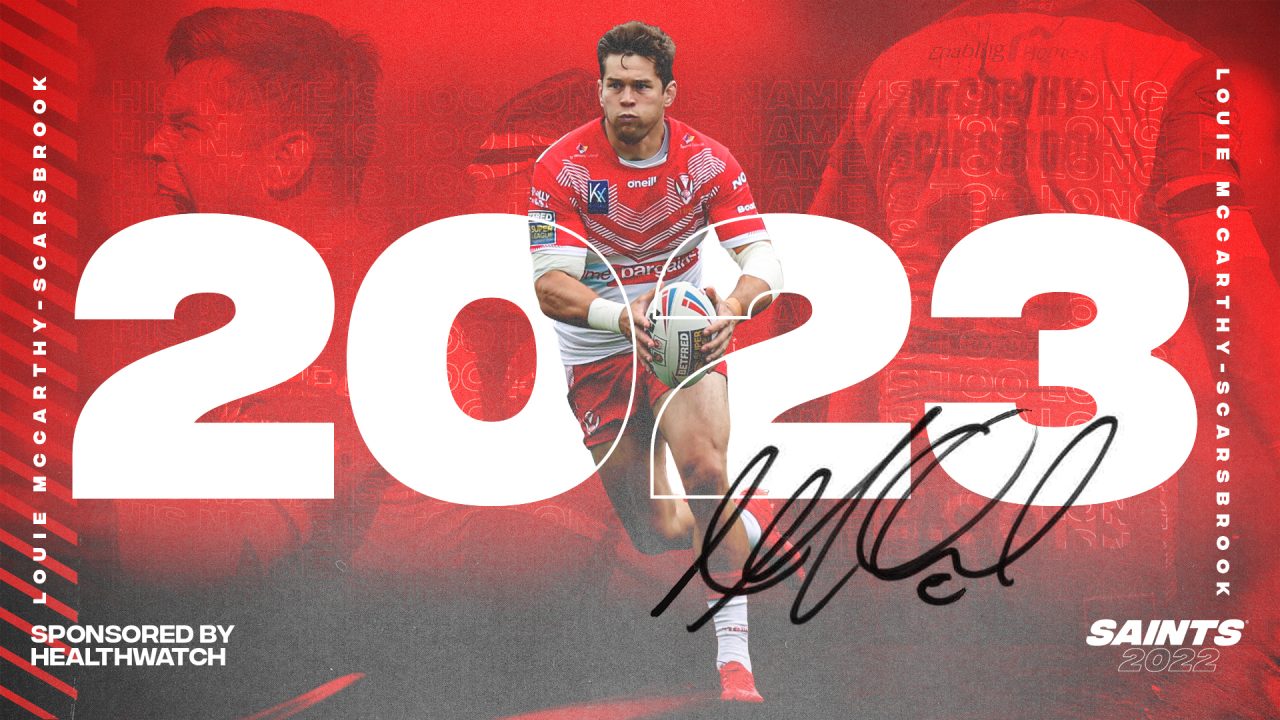 St.Helens R.F.C. is delighted to announce that Louie McCarthy-Scarsbrook will join his long-time friend, James Roby, in going around again in 2023 after signing a one year contract extension meaning he will head into a 13th season in the Red Vee.

LMS, 36, recently surpassed an incredible 400 Super League games and celebrated a Testimonial year in 2020 having joined the Club back in 2011 from Harlequins.

He has so far made 342 appearances for Saints which has seen him win four Super League titles, four League Leaders Shields and a Betfred Challenge Cup.

Fresh from signing his extension, LMS said: “I am over the moon to do another year here at such a great Club. To be competing for honours every year is a privilege and to still be around the team and be amongst it all is great.

“To be a boy from London, who didn’t really know rugby league until I was 15 and to now surpass 400 Super League games, is amazing for me personally and these milestones are nice, but they just show you are getting older!

“All my family and kids are now here in St Helens and I didn’t expect to still be playing here 12 years on. It’s an honour and hopefully we can win some more trophies next year.”

Head Coach Kristian Woolf added: “Louie is a great re-signing for the Club and it was simply a no brainer to give him another year.

“He has earnt his contract through the way he has been playing. He is always fit and the way he looks after his body allows him to still perform at the age he is.

“Louie is a real positive influence on the group and his character is infectious. He has a terrific ability to enjoy playing as well as training and make it enjoyable for others too. His experience is also great for the group.”

He will now hope to lift his fifth Super League title at the end of the year.