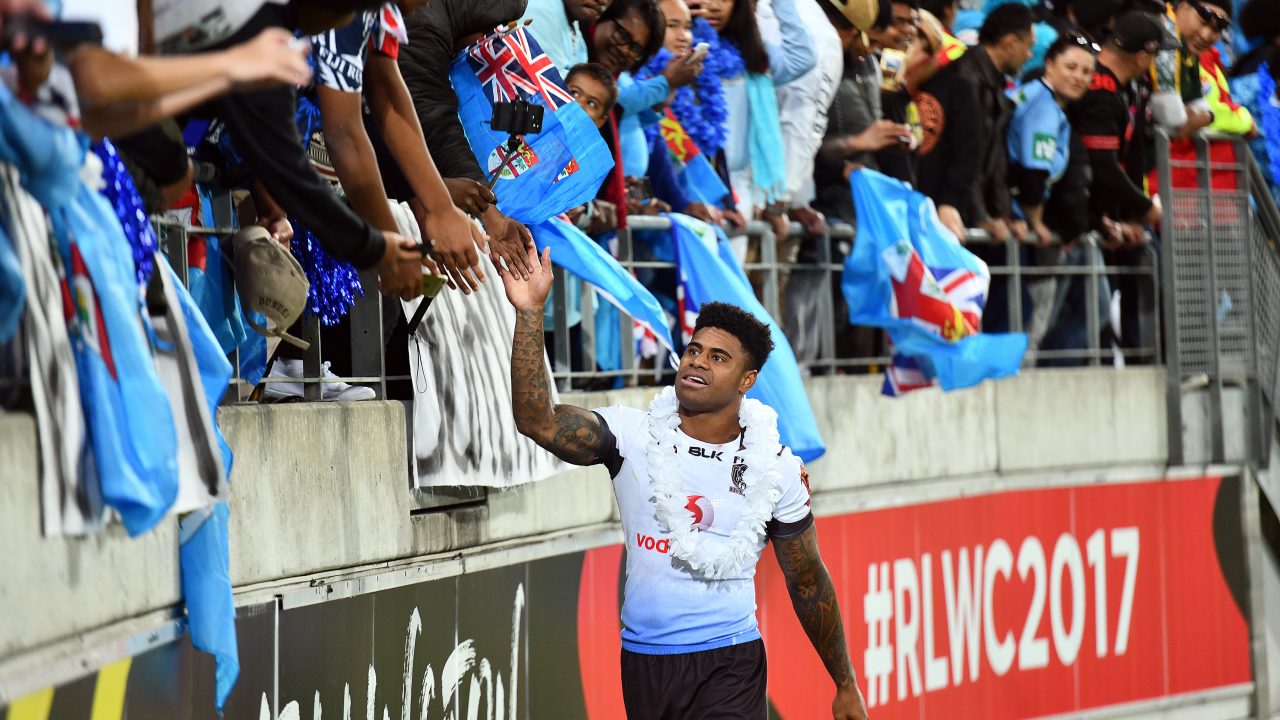 Naiqama on representing Fiji ahead of RLWC2021

Fresh from the news where each nation will be based at next year’s Rugby League World Cup, Pete Emmett caught up with powerful Saints centre, Kevin Naiqama on Lockdown, representing Fiji and the excitement of next year’s competition.

Yesterday Pete caught up with Head Coach and Tonga boss Kristian Woolf to talk all things the World Cup and next up is Fiji’s Naiqama.

Naiqama’s Fiji squad will be based in Hull at next year’s RLWC2021 and having captained the Fijian side at the recent World Cup Nines event last year, Kevin is sure to play a key part at next year’s competition.

Fiji are currently ranked 5th in the world and after reaching the semi-finals on the last three occasions, they’ll be looking to go one better next year and truly establish themselves as a rugby league powerhouse. The full fixture list is yet to be revealed but Fiji have been drawn against Australia, Scotland and Italy.

Naiqama is a veteran when it comes to international rugby league with 17 caps to his name, the latest coming in a tight 22-20 win over Papua New Guinea in Christchurch last year.

And on a week which marked 500 days until the start of the tournament Saints TV caught up with Kev who talks about the emotion he feels when representing his country, looking back at some memorable games including a famous victory over New Zealand plus he looks forward to the 2021 World Cup!

Naiqama also talks about Lockdown, his life at St Helens and last year’s Grand Final success in the FULL interview only available for Saints TV subscribers.