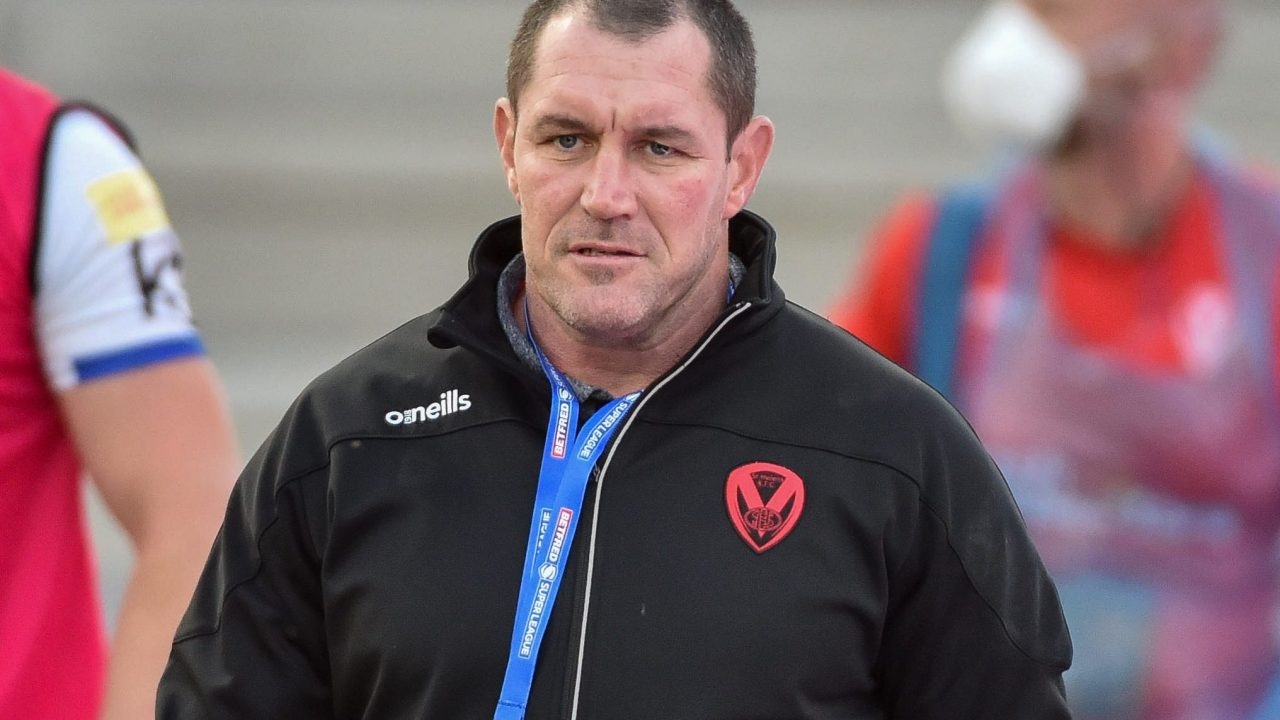 Kristian Woolf has revealed James Roby, Theo Fages, Zeb Taia and Kevin Naiqama have all trained and are available for selection ahead of Friday’s meeting with Hull KR at the Totally Wicked Stadium (6pm).

Roby was forced to sit out the victory over Huddersfield after picking up a knock to the head against Hull KR, but has recovered and has trained this week.

Fages is another who has trained. He limped off in the first half against Hull KR with a knee injury and was close to returning last week against Huddersfield Giants, but missed out with young Lewis Dodd set to make his debut – only for the youngster to be ordered to self isolate after coming into contact with a positive Covid-19 case at the Club.

There was also some good news on Zeb Taia who was deemed “touch and go” last week. He is fit after a minor groin strain he picked up during the victory over Tony Smith’s men and could make his 100th Saints appearance.

Naiqama played against the Giants, but left the field late on with a knock to his knee, but Woolf admits he will likely be named along with aforementioned trio.

Woolf also gives an insight into Mark Percival’s fitness and a decision will be made on if he plays this week or next week, against Warrington.

There was also some positive words for young Josh Simm.

Saints TV subscribers can watch the full interview where the boss reflects on the manner of the victory on Friday, plus gives his thoughts on playing Hull KR for the second time in three weeks.