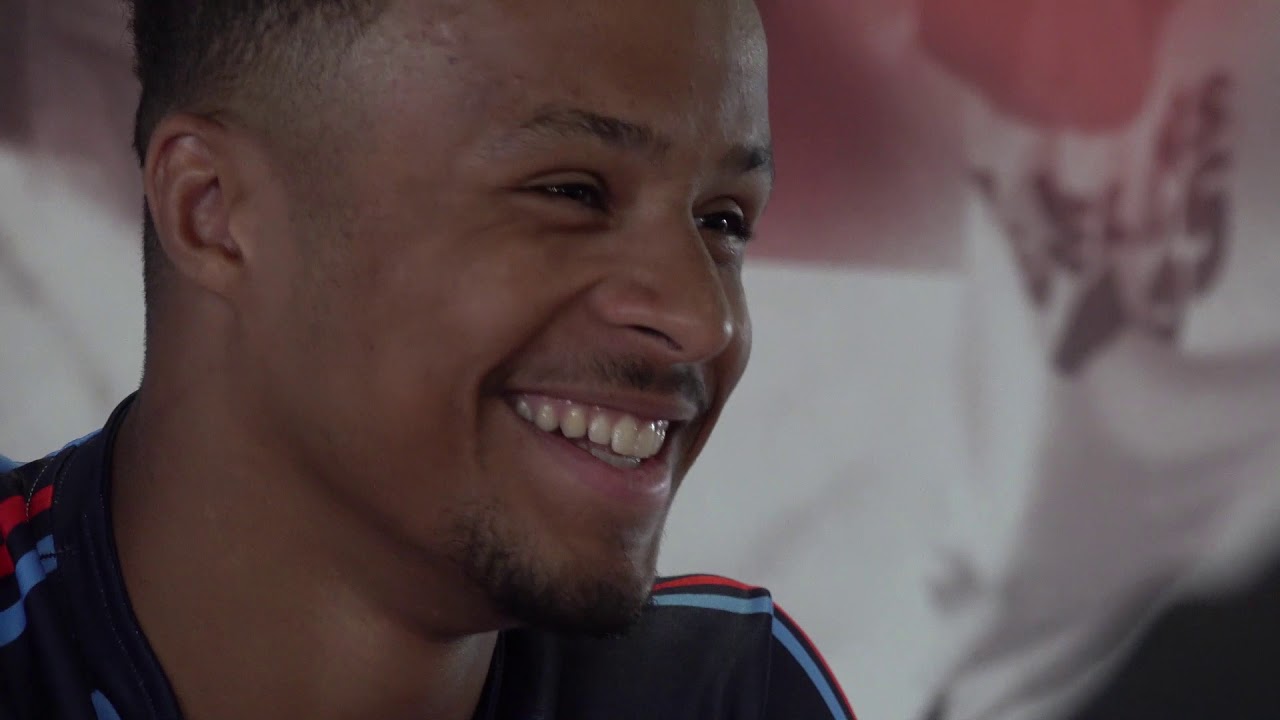 Grace, who prior to the win over the Giants, had played every game of Saints season so far and was given a well deserved rest, but the Welsh wizard will likely return for the visit of Leeds tomorrow at the Totally Wicked Stadium, kick off 7:45pm.

“I am well rested and even though I hate missing a game I always think it is best to have quality over quantity rather than playing lots of games, said Grace.

“I would rather go out every week playing my best rather than being sore a bit tired with slow legs. I would rather be up for it and ready to go.”

The Rhinos have had a troubled season so far, but like Justin Holbrook, Regan believes their league position doesn’t reflect the quality they possess and thinks Friday night’s game will be an entertaining one!

Grace, who has had a unique song created in his name, is in a rich vein of form scoring 16 tries in 19 appearances this season, but he has paid credit to his Saints teammates for their support.

“I am happy. I am getting on the end of everyone else’s hard work and I am trying to be a team player and I think the season is going really well for myself and my team.

“We have some great games coming up and we are playing some great rugby and I would love to be a fan watching how we play. We get the ball about and we have got some strike players, some great players to watch in our team and everyone is dangerous in our team.”

England and GB Head Coach Wayne Bennett was at the Totally Wicked Stadium alongside James Roby and Grace this week to preview the return of the Great Britain Lions’ tour of New Zealand and Papua New Guinea and Regan admits he would be delighted to play if selected.

“I would be more than keen [to play]. It is a massive stage to perform on and I would be massively proud if I was to be a part of that, but there is definitely a lot of work to do before I am even looked at being selected and there is a lot of competition as well.

“I think it will be great if you had players from each country playing but at the end of the day but you want to play your strongest team so if it means picking a full English team as the strongest team then that’s fine.”

Tickets for Saints’ clash with the Rhinos at the Totally Wicked Stadium are still available and are on sale from the Ticket Office, via 01744 455 052 and online here.