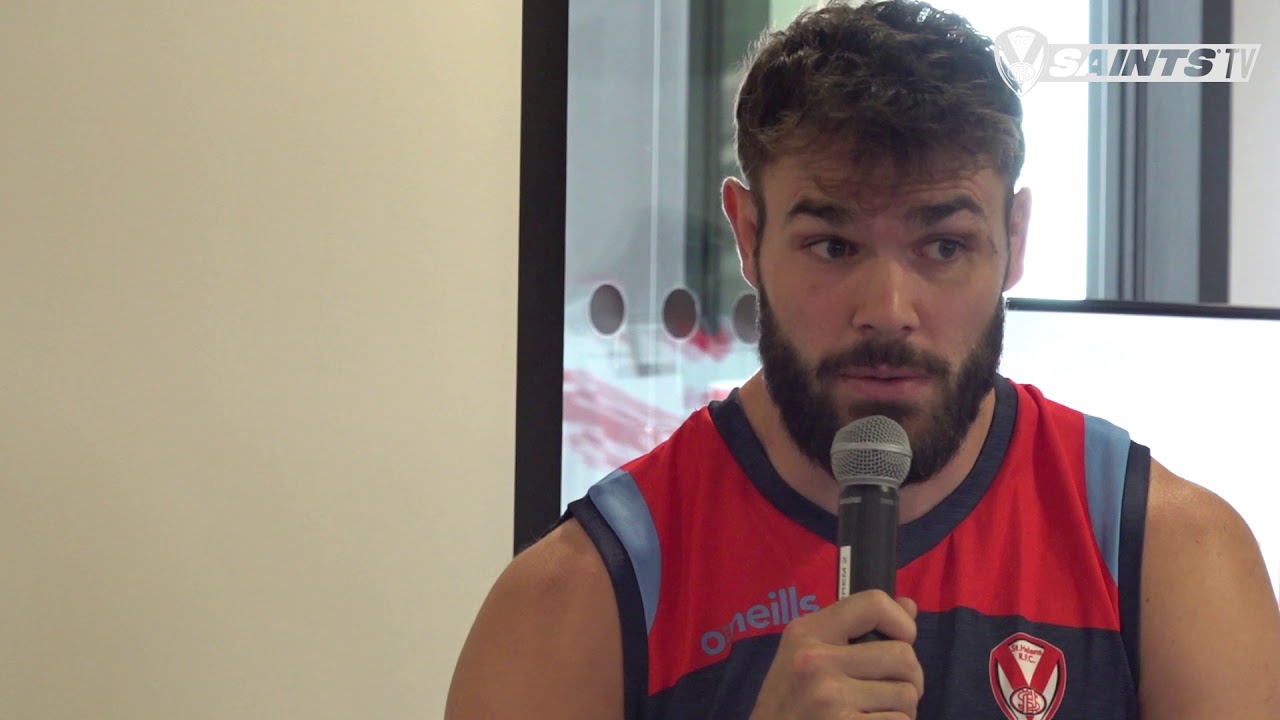 Walmsley led from the front, helping the Saints to victories in all of the games he has played in June. A Challenge Cup Quarter Final victory over Wakefield was followed by home wins over Huddersfield and Leeds as well as an impressive display in the away win over Warrington in which ‘Big Al’ scored the final try of the game which secured a crucial 21-10 victory.

“His impressive tackle ratio and hard hitting runs have drawn praise and in the win over Warrington, he made an impressive 27 tackles and made 24 in the victory over the Rhinos the week before.

Head Coach Justin Holbrook paid credit to Walmsley and revelaed why he selected him as his Player of the Month for June.

“Alex really stepped up in his performances and as a leader.

“Luke Thompson and LMS were both missing for four or five weeks and the way he really stood up for us with those key guys missing was a massive credit to him and the way we have played whilst those other guys were out.”

Upon receiving the award at this morning’s Stapleton Derby sponsored event Alex was asked about his late try that secured Saints’ win over Warrington a few weeks ago:

“I don’t score many so when I do get one it is always nice and to pick it up against Warrington to put the game to bed. It was a good team performance and I was really happy with that result.

“The atmosphere was great. Our away following this year and every year has been unbelievable and that game was no different. It was like a home game. Seeing the fans come over like they do and it makes all the training and hard work worthwhile and that is why we play the game for those big victories and to make our fans happy.”

Justin Holbrook revealed earlier this week that a number of youngsters will get the chance to play on Sunday given Saints are 10 points clear and have a Challenge Cup Semi Final on the horizon next week.

And Walmsley believes that you cannot win anything with just 17 players and that this young crop of players who will play in the capital will be good enough to get the win given the talent they show in training.

“I think they will be good. You never win a competition with 17 players. You have got a squad of 30 for a reason and if there is an opportunity to let these boys step up and have a game because they are good enough. Let’s not kid ourselves, we are not just going to put ‘kids’ out there and not compete, these boys who are coming into this game are good, good players and they are going to compete. I fancy them to go down there and do the business as well because there are some good lads there.

“It is exciting for the club’s future that you can rely on our young boys to perform. You add in to that the likes of James Bentley who has been stellar this season and Jack Welsby too is only 18 and Josh Simm too. The future is so bright for our team and it is exciting that we can give them an opportunity to go out and play and I am excited to see how they go.”