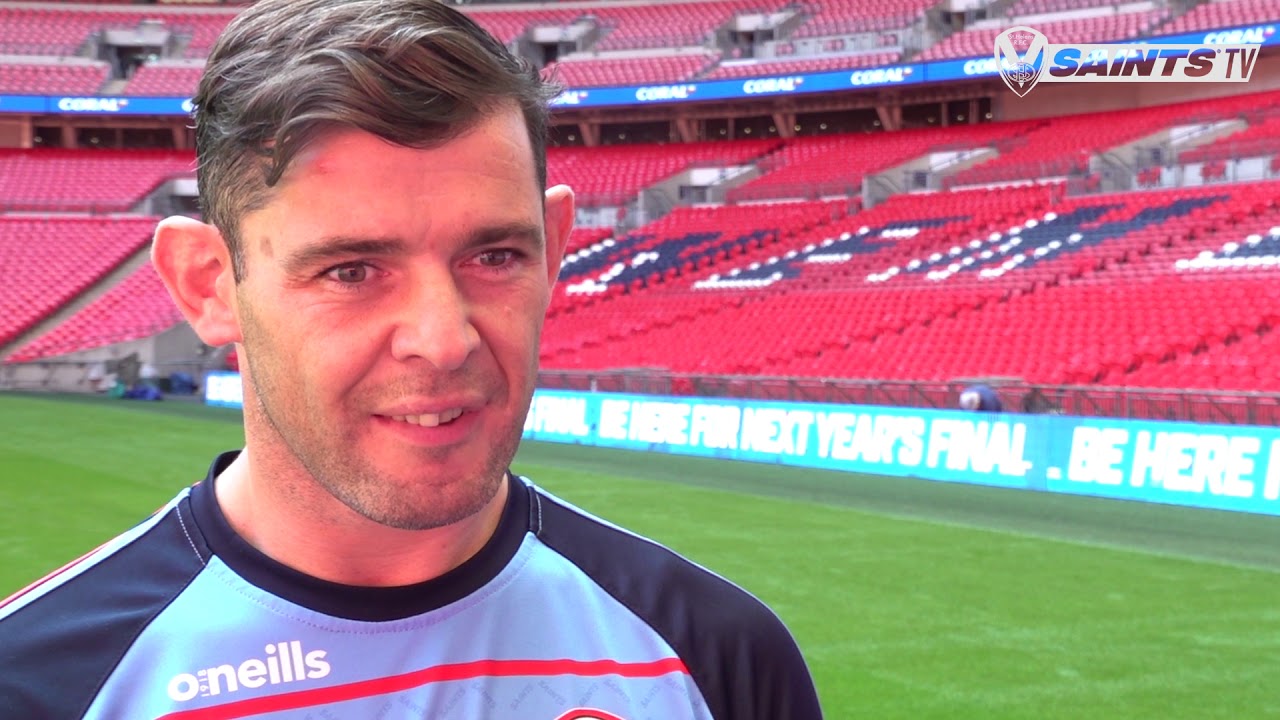 And ‘Wello’ says being back at Wembley for this St.Helens’ side captains run, as a coach, is a little surreal, but admits it does bring back fond memories for him and reveals that the noise you hear when walking out stays with you forever.

“Yes it certainly does [bring back memories] being back out on the field. I have been back here a few times since as a football fan and it really felt alien to me. It didn’t feel like the place I had played here almost 11 years ago now, but to come back here and get back out on this field brings great memories back.

“In this country, the Challenge Cup is one of the biggest trophies in sport. It is steeped in history and tradition and some wonderful players have won it so you follow a long line of history and for me to have played my part in that has been fantastic. It’s a wonderful feeling [to walk out at Wembley]. If you strip it back, the opportunity to play at Wembley in front of so many people is something everyone doesn’t get to experience.

“When you walk out, the noise is something that stays with you for a long, long time. I am in that position now, having played rugby that I can look back with fond memories and hope our guys can do the same when they retire.”

Our boys have their first glimpse of Wembley ahead of the big one tomorrow. ??pic.twitter.com/hzRqwfEpiR#saintsatwembley

When asked if he would rather be a player or a coach at Wembley, Wellens feels nothing beats playing, but reveals he is thoroughly enjoying life as a coach and is hopeful this current crop can follow in his footsteps.

“If the body allowed [me to play] you would be a player for ever, but that’s not the case now. I am really enjoying what I do on the coaching side of things and in particular I enjoy working with these groups of players because I see day to day how hard they work and I am hoping the guys come out tomorrow and deliver a performance for our supporters.

“The boys are in a relaxed mood. It has been good to get out here [at Wembley] today and familiarize ourselves with the surroundings and we are looking forward to coming here tomorrow to give the best account of ourselves.”

Wellens and current club captain James Roby are the only two Saints’ who have tasted Challenge Cup success before and the former club full back admits that the squad know they can call upon him and others for any advice they may need.

“You are always there to chat to players if you need to, but a lot of players prepare for games in their own way now. We are a tight group and we all know there are people here to call upon if anyone has any advice and I am no different.

“We are very confident [we can get the win], but at the same time we know it is about performance on the day and I have been in teams that have won finals and lost finals and it’s when you take the focus off performances is when you come unstuck so we are focused on delivering tomorrow and hopefully we can do that.”