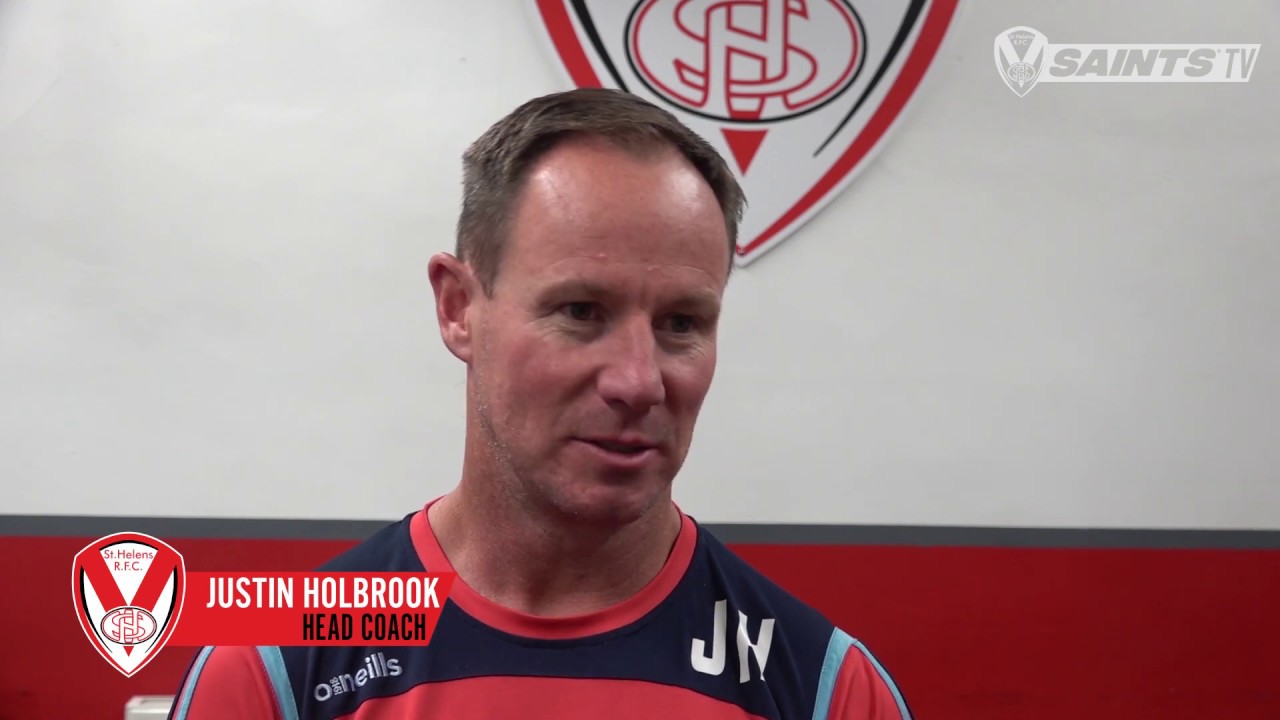 WATCH: Holbrook insists we must now move on ahead of playoffs

Holbrook reflected on the Wembley defeat, stating he knew Warrington were a good team, but have just been inconsistent this season, before looking ahead to Friday night’s clash with Castleford Tigers at the Totally Wicked Stadium where Saints will be presented with the League Leaders’ Trophy.

The boss also stated we need the fans on our side on Friday and insisted it’s time to focus on the future given Saints are in a great spot in Super League and have an opportunity to now look ahead to the playoffs.

Be part of the League Leaders’ Shield celebrations