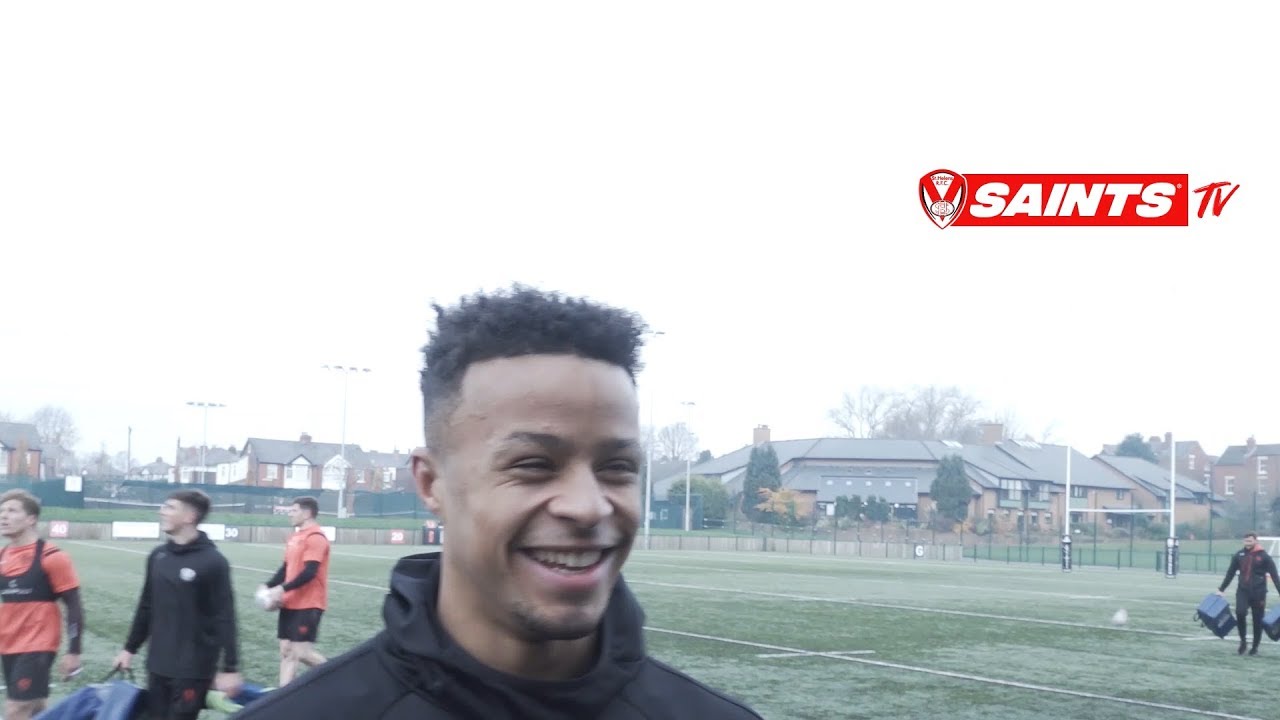 Regan: “I’m happy to be back where I love being”

Grace played in all three games for Wales against England, France and Lebanon, including bagging a try and showing his immense speed in a string of impressive performances.

But the flying Welshman says he is now delighted to be back with the Saints as he returned to pre-season training earlier this week. Watch the interview with Regan below, who whilst styling his hair, reflects on his 9’s experience where he reveals he met new coach Kristian Woolf and looks ahead to the Betfred World Club Challenge with Sydney Roosters.