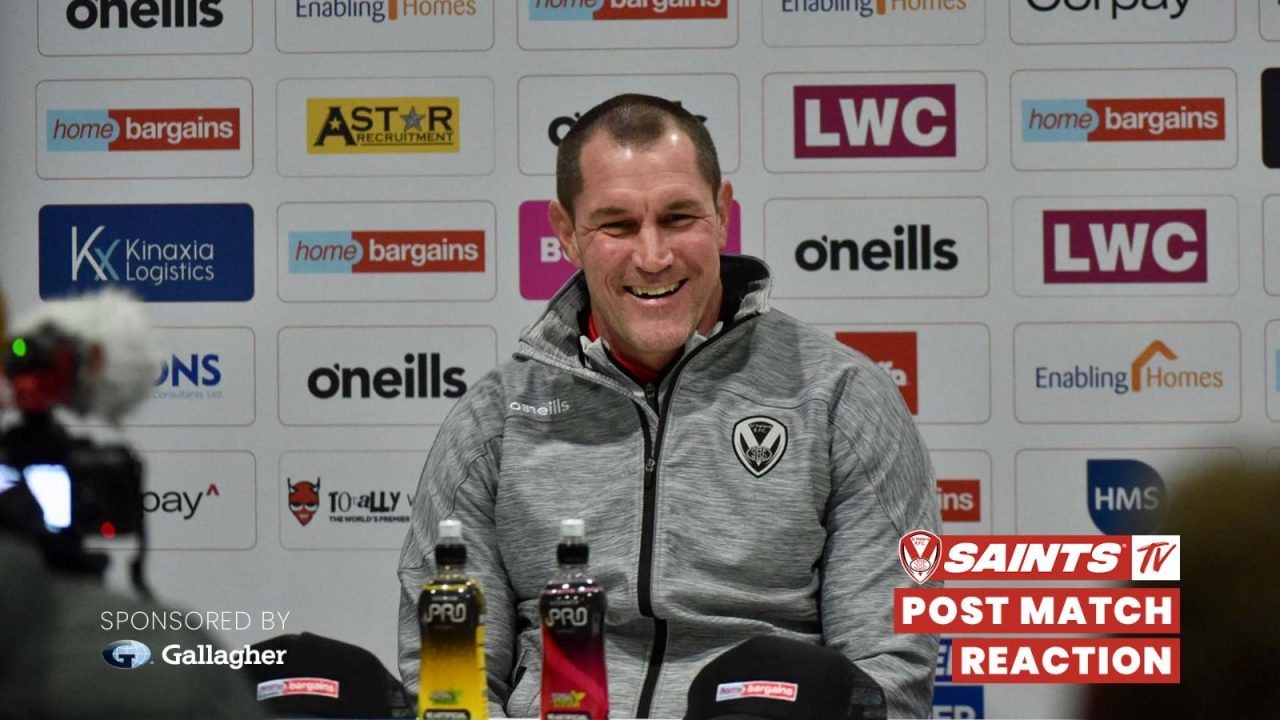 Woolf on hard fought win over Salford and injury update

Kristian Woolf was pleased to return to winning ways this evening after our hard fought victory over Salford Red Devils and also had some injury news on Jonny Lomax and Will Hopoate ahead of the Betfred Challenge Semi Final against Wigan.

The boss reflected on the win and admitted although Saints weren’t at our best, the two points was the most important.

He also paid credit to Morgan Knowles after his last-ditch tackle and had an update on the injured Jonny Lomax.

Hear a taster of what he had to say above.