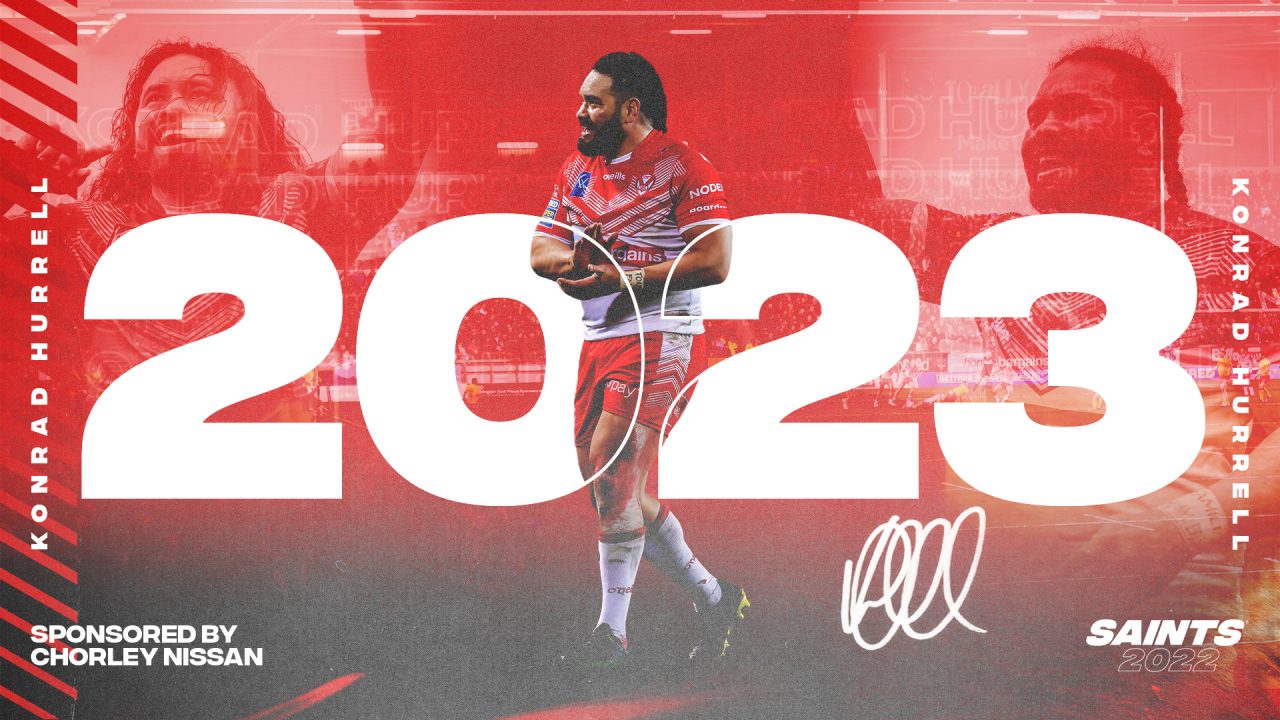 Tongan international and fans favourite Konrad Hurrell has extended his Saints stay for at least another season after signing a 12-month contract extension meaning he will wear the Red V into the 2023 season.

Hurrell joined the Saints at the end of the 2021 season ahead of this year’s campaign and has impressed so far this season scoring five times and assisting six times in 15 appearances.

Who do you want next? ✍️#COYS

On extending his deal with Saints for a further year at least, Hurrell said: “I signed for Saints for one year last season and it was a case of seeing how I went from there. I didn’t have a great year personally and I felt like I needed to turn it around coming into a Club with a great environment, great players and staff to try and get my game back to where it needed to be.


On the fans, Hurrell continued: “I love playing in Super League because the fans get involved so much. I love connecting with the fans and they have been great with me. They come to watch us week in week and out pay our wages so I am more than happy to get involved with them!”

𝐇𝐮𝐫𝐫𝐞𝐥𝐥 𝐀𝐧𝐧𝐨𝐮𝐧𝐜𝐞𝐝! ✍️@konmanhurrell has extended his Saints stay for at least another season after signing a 12-month contract meaning he will be with us in 2023! 🕺🏽#COYS

Previous to joining the Champions, Hurrell linked up with the Leeds Rhinos ahead of the 2019 season from NRL side Gold Coast Titans and was named in the Super League Dream Team in his first two seasons, scoring 23 times in 55 matches and being crowned a Challenge Cup winner in 2020.

Before that he had played seven seasons in the NRL having made his debut with the New Zealand Warriors in 2012. He moved to the Gold Coast in 2016 before scoring for the World All Star team in a win over the Indigenous All Stars. He made a total of 116 NRL appearances scoring 55 tries.

A new deal, sealed with a kiss… 💋@konmanhurrell 🤣#COYS pic.twitter.com/tLql4H9YwW

Hurrell has also won 11 caps for Tonga on the international stage, playing in the last two World Cups and will hope to feature in boss Kristian Woolf’s side at the World Cup.

Head Coach Kristian Woolf said: “Koni is a great signing for us. He took a punt on joining us last season on a one year deal to help his career, but we knew he would be a good signing for us as I know him as both a player and a person.

“I knew we had the environment here at Saints that would help him perform to his best and what we are seeing is Koni playing with a smile on his face, he is enjoying his footy and is a big influence on our group and he will only get better.

“He is a very popular member of the group with his personality and character. He has earnt the respect of the group with how hard he has worked and he has put himself in a position to play the way he is playing because of that hard work and the discipline he has shown.”

Hurrell follows the re-signings of Sione Mata’utia, Matty Lees, Jack Welsby and Lewis Dodd as the Club looks to retain our strong squad into 2023.