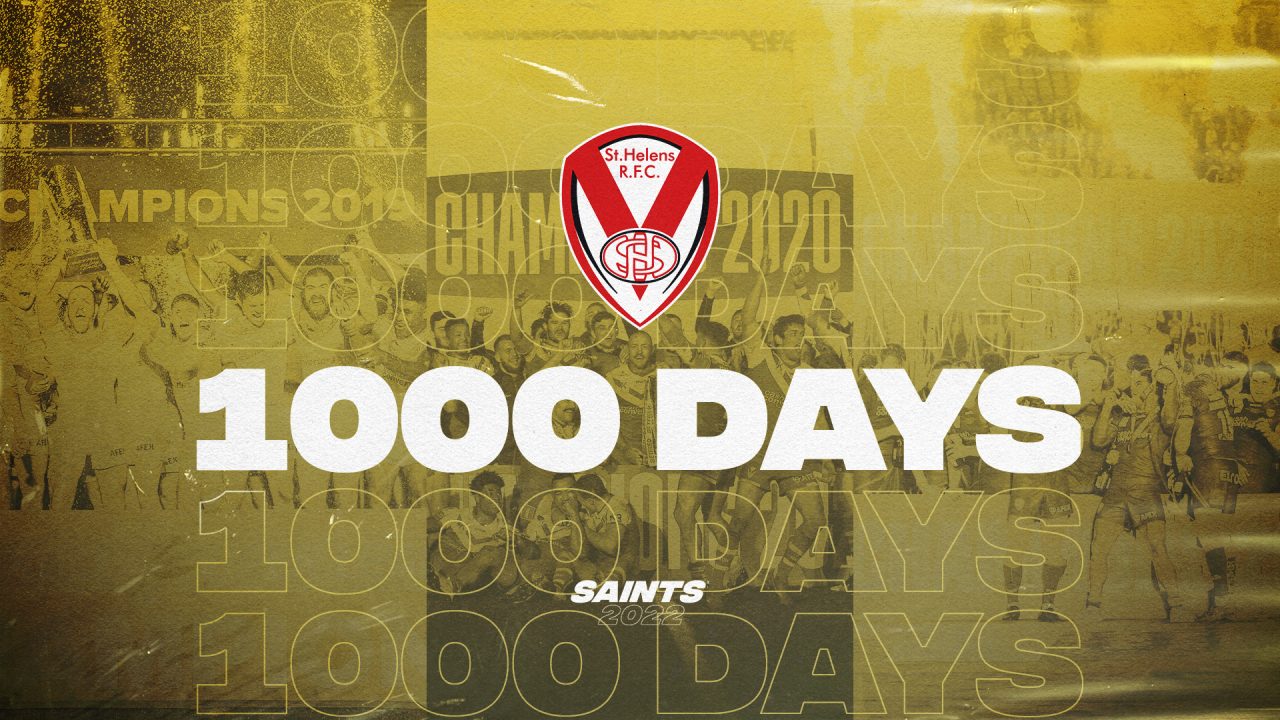 Today is a huge milestone for Saints as we’ve held the title of champions for a massive 1000 days!

1000 days ago captain James Roby held the Super League trophy aloft while his teammates drenched him in champagne during a celebratory firework display at Old Trafford following their Grand Final win after beating Salford Red Devils.

This was the first time Saints had their hands on the coveted trophy for five years, and we’ve been successful in defending it ever since.

From the emphatic win against the Red Devils in 2019, to Jack Welsby’s breath-taking last second try to clinch victory against rivals Wigan Warriors in 2020 and the ever so slightly nerve wracking match against Catalans Dragons in 2021.

But those are just the historic Grand Final moments, we’ve had many more successes on the field over the past 1000 days.

We are three-peat champions.