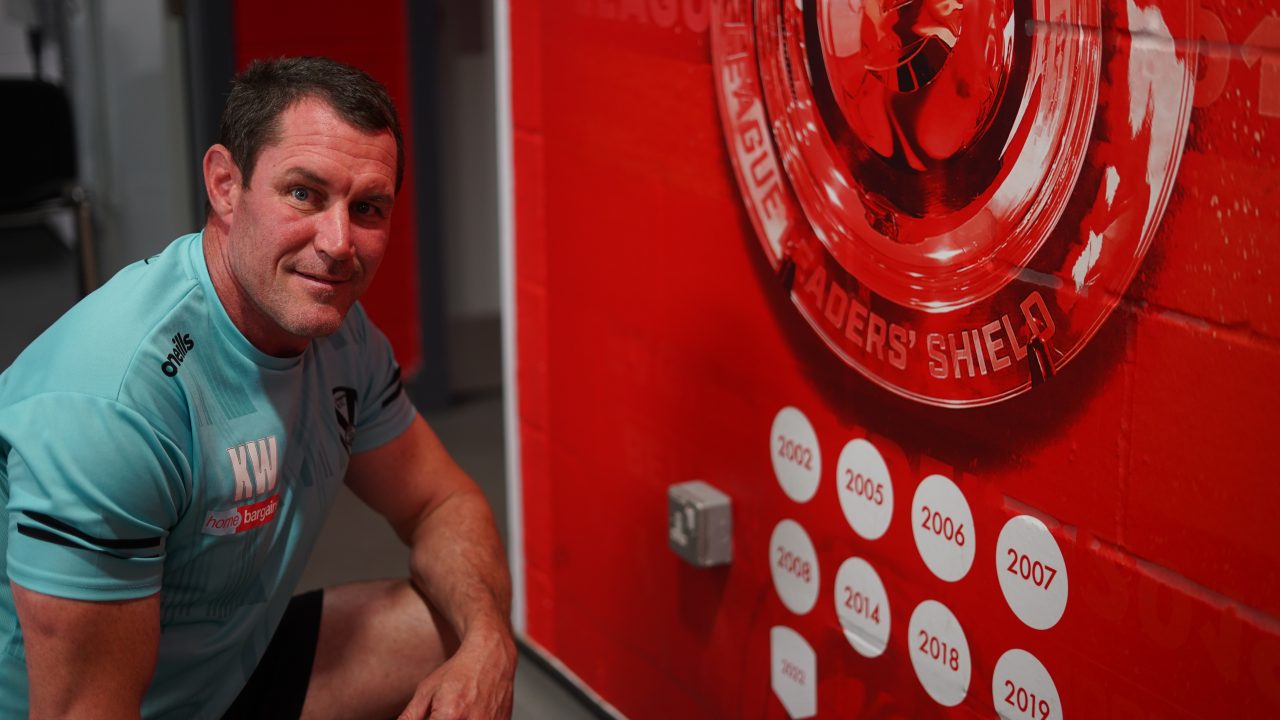 Our honours wall has a new addition….Will we add another?

After we lifted the Super League Leaders’ Shield following victory over Toulouse, Kristian Woolf headed back to the Totally Wicked Stadium to add another Club achievement to the ever-growing major honours wall.

A brand new League Leaders’ Shield was unveiled at the end of the 2020 season and our graphic represents this new shape as it takes its place on our ever-growing honours wall.

The boss now has his first League Leaders’ Shield, alongside his 2020 and 2021 Grand Final victories. The question is, will he be adding a third Grand Final (and fourth in a row) come September 24th?

Salford lie in our way in the Semi-Final and you can purchase your ticket for Saturday’s game here.