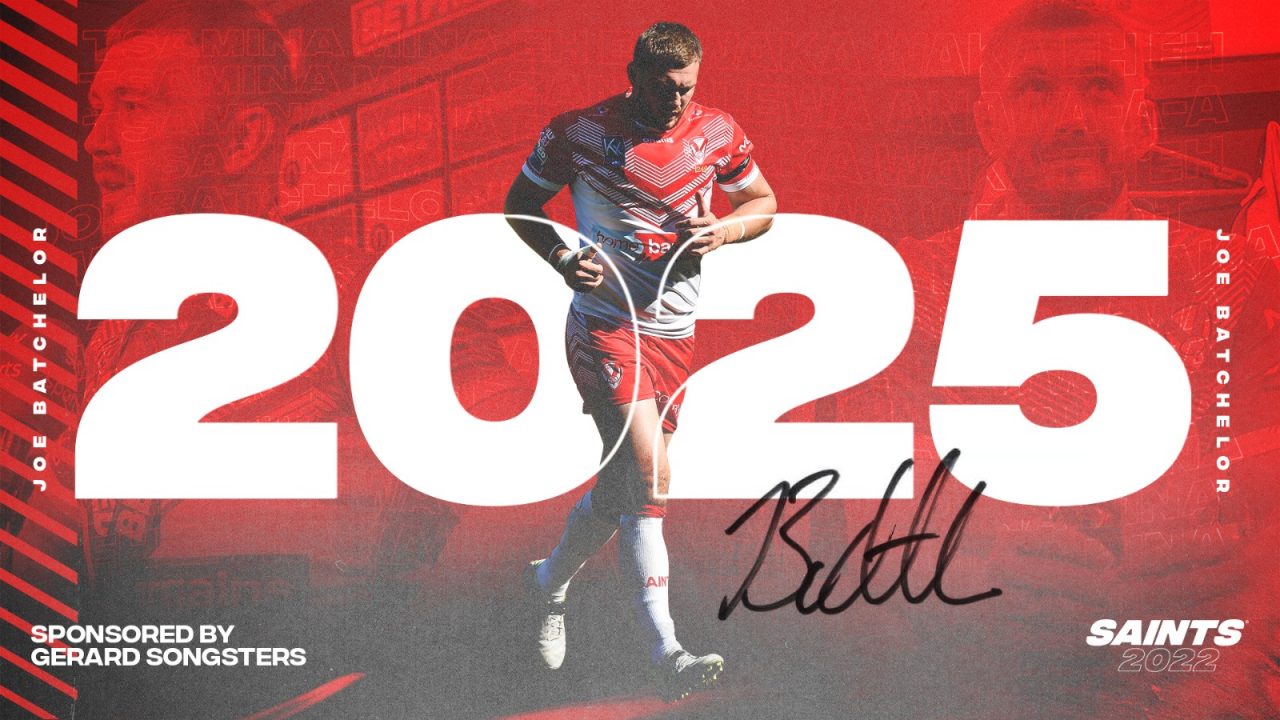 Joe Batchelor has signed a new three-year contract at the Saints which will see the 27-year-old stay into the 2025 season.

The second rower joined the club initially on a three-year contract from York City Knights back in 2019, after helping them achieve promotion from League 1.

He went on to make his debut for the club that year against Hull FC after spending a majority of it out on dual registration at York City Knights and Leigh Centurions and made four appearances that season as the club went onto win the Grand Final against Salford at Old Trafford.

In 2020 he made another four appearances as Saints again went on to win the Grand Final, but 2021 under Kristian Woolf was his breakthrough season at the club, making 22 appearances and scoring three tries, as the club tasted a third Grand Final success in a row, beating Catalans at Old Trafford.

Your Members Player of the Year, @batjoelor has signed a new three-year contract at the Saints which will see the 27-year-old stay into the 2025 season! ✍️#COYS

In season 2022, he was handed the number 12 shirt by former Coach Kristian Woolf, and has gone on to make another 29 appearances and had his best try-scoring season to date, scoring 12 times in a lethal edge partnership with Jonny Lomax.

An England debut followed back in June against the Combined Nations All-Stars and he was recently named in Shaun Wane’s England Rugby League World Cup squad and will hope to continue his strong form.

Head Coach Paul Wellens said: “It’s great that Joe’s signed with us for another three years.

“We rewarded him with the number 12 shirt at the start of the season after working hard to force his way into the team back in 2021. He really took his opportunity and improved on that again last season. It’s really pleasing for us as a club to see Joe’s form rewarded England selection, proof that it’s not only us that see the value he brings both on and off the field.

“He’s a great player to work with, he epitomises everything we value as a team and has earned every success he’s had. His re-signing is a great boost for us ahead of the 2023 campaign.”