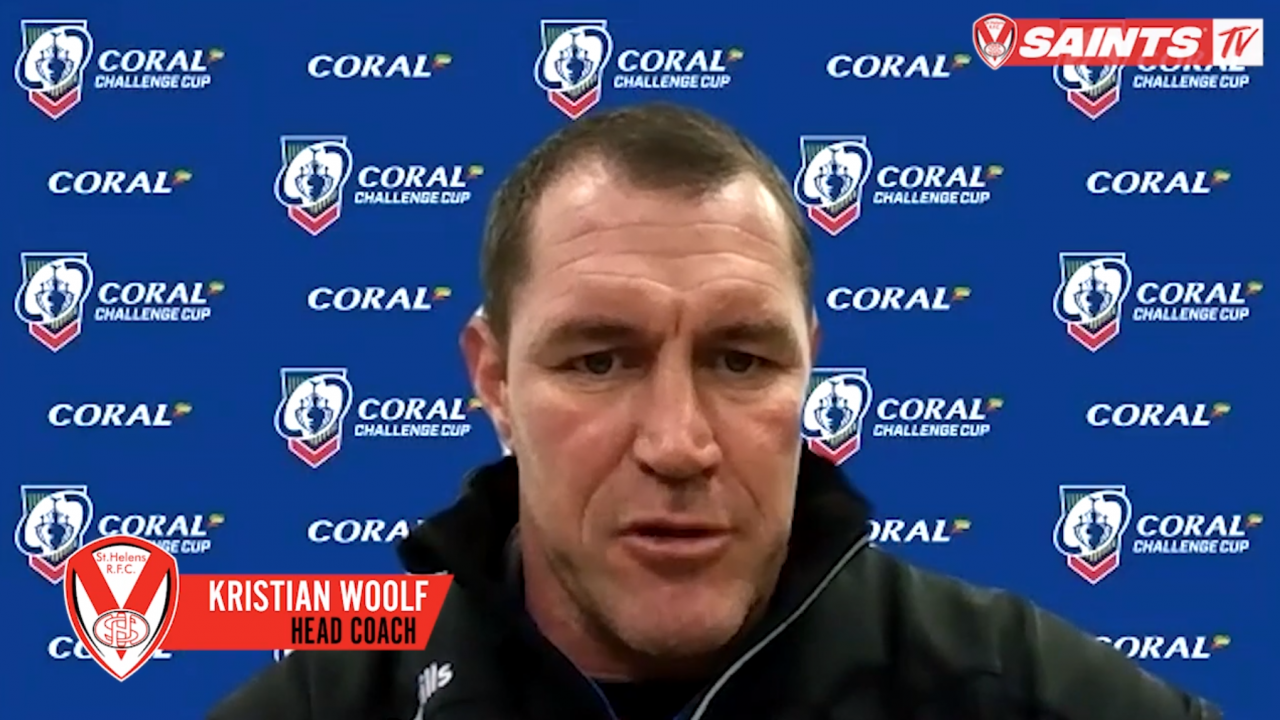 Kristian Woolf was left disappointed his side did not play at their best whilst he was left bemused by the decision to allow Josh Charnley’s second try late on which ultimately proved to be the winner.

Saints lost out to Warrington in the Coral Challenge Cup quarter final on Saturday and Woolf admitted he was dissapointed his team didn’t reach the heights he knows they can do.

The boss also admitted he thought the injuries to Mark Percival (hamstring) and Jack Welsby (head) which saw James Bentley move to the centre and Kevin Naiqama to the wing did not help matters.

Woolf says the Club and Percival did everything right in terms of proving his fitness and says we need to “figure out” what is going on with Percival’s injury which he thinks is a hamstring ‘twinge’.

The Saints Head Coach was asked about Josh Charnley’s controversial second try which struck the head of Anthony Gelling and says he was under the impression that if the ball touched a player and went forward, it was deemed an accidental offside, but did admit maybe he wasn’t sure how that ruling currently sits.

The boss talks more on the game, the schedule and gives his view on the “Six Again” rule in the full interview for subscribers on Saints TV.